KUWAIT CITY, April 21: The field inspection teams formed by the Ministry of Social Affairs to monitor and remove violations in the 18th project for collection of donations during the month of Ramadan have discovered a large group of “stalls” for the illegal collection of used clothes in various parts of the country, reports Aljarida daily. According to informed sources, coordination between officials from the Ministry of Social Affairs and the Kuwait Municipality in the Committee for Follow-up of Field Activity for Charitable Work helped in identification and removal of these stalls, as they are in violation of resolution No. 190/2008, which prohibits any facility in public areas or on sidewalks. The problem of “stalls” has been plaguing the ministry for years, but it has increased significantly over the past two years. This prompted the ministry to form two teams this Ramadan to carry out field inspections and remove the violating stalls immediately with the cooperation of Kuwait Municipality.

Despite the ministry’s strenuous efforts to tighten the state’s grip on fundraising operations and enhance the monitoring and follow-up on all charitable agencies, especially during the month of Ramadan, such stalls for in kind collection and the collection of used clothes remain the most widely observed and widespread violation since the beginning of the holy month.

Share
Previous Unpaid expat gets cash exceeding his one year salary from Kuwaitis, MPs
Next Confusion over ban on Filipino domestic workers 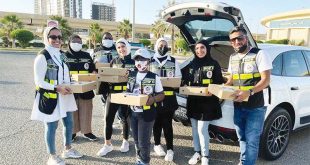 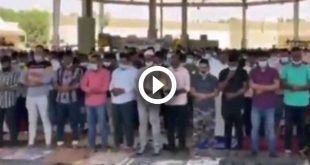 Friday prayers in Friday Market without adhering to health requirements