KUWAIT CITY, May 30: The National Assembly Office, Monday, called for a special session on June 14 to tackle the issue of retirees. This will be followed by several sessions discussing budgets, final accounts for ministries and governmental bodies, as well as the financial status of the country, Speaker of the National Assembly Marzouq Ali Al-Ghanim told reporters. The parliament is coordinating with the government to hold the retirees’ session, Al-Ghanim added.

The parliamentary financial and economic affairs committee ended its report, and is currently working on reforms, he indicated. “The retirees’ issue is an urgent matter, related to extremely important segment of the society whom their interests were delayed for a long period of time”, he affirmed. “The parliament is not holding sessions lately due to the status of the government nature of merely handling urgent matters, nevertheless urgent issues should be discussed at the parliament”, he said.

Al-Ghanim said he will invite the government and MPs to a special session to ratify the bill on the Public Institution for Social Security (PIFSS) in order to grant KD3,000 incentive to retirees and increase their pension by KD20 annually. In a press statement, Al- Ghanim disclosed that he is currently coordinating with the government regarding the special session. He also unveiled a plan to hold other special sessions later to discuss urgent issues like the national budget and financial status of the country. He said the report of the parliamentary Budgets and Final Accounts Committee will be finalized on June 13, and then the date of the special session will be specified. He clarified that although the government has already resigned and the parliamentary sessions are suspended; the government is still dutybound to deal with urgent issues like the incentive and pension increment for retirees, national budget and financial status of the country.

Meanwhile, four parliamentary committees met on Monday to discuss various items in their agenda as follows: – The Budgets and Final Accounts Committee discussed the bill on the budget of the National Anti-Doping Committee with representatives of the Ministry of Finance, State Audit Bureau (SAB), Financial Controllers Bureau (FCB), Civil Service Commission (CSC) and National Anti-Doping Committee. – The Legal and Legislative Affairs Committee discussed a number of bills. – The Housing Affairs Committee discussed the sustainability of Kuwait Credit Bank (KCB) providing housing loans to citizens with representatives of the Ministry of Finance, KCB and Central Bank of Kuwait. By Saeed Mahmoud Saleh Arab Times Staff and Agencies 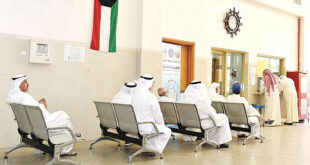 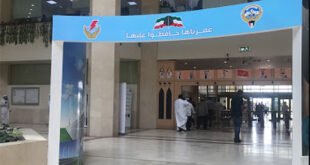 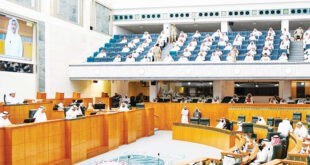 This post has been read 8687 times! KUWAIT CITY, June 14: The National Assembly unanimously …