KUWAIT CITY, May 19: National Assembly Speaker Marzouq Al-Ghanim has invited the MPs and the government to the special session slated for Sunday in order to discuss the current situation in Palestine and the Israeli attacks on civilians there. Meanwhile, Chairman of the parliamentary Financial and Economic Affairs Committee MP Ahmed Al-Hamad disclosed that the panel will meet on Sunday to tackle the five-year development plan (2020 to 2025), the Sokouk Bill submitted by the government, and the proposal to amend the law on establishing Kuwait Chamber for Commerce and Industry (KCCI) in a bid to address real estate fraud. He said the Legal and Legislative Affairs Committee referred this proposal to his committee. He also affirmed that the committee has specified its priorities for the coming period.

On the other hand, MPs Osama Al-Shaheen and Mehalhal Al-Mudaf submitted a proposal to appoint all Kuwaiti engineers who passed the interviews conducted by Kuwait National Petroleum Corporation (KNPC) and its subsidiaries. These MPs based their proposal on Civil Service Commission (CSC) decision number 11/2017 mandating public institutions to abide by the replacement policy to achieve the average number of national employees within five years. They suggested the publication of a new recruitment advertisement for Kuwaiti engineers, especially those specialized in oil and civil engineering.

Nature
They recommended extending the grace period for accepting applicants holding a diploma and those applying for support services jobs, while stressing the need to nationalize the oil sector due to its special nature and vital role in the national economy. In addition, MP Saad Al-Khanfour asked Minister of Health Dr Basel Al-Sabah why his ministry is putting obstacles in front of citizens who want to travel; such as forcing them to undergo PCR tests and pay for these tests, why the ministry does not provide free PCR test for citizens, and why the citizens who have been vaccinated against coronavirus are not exempted from such procedures. He said he obtained information that a number of Kuwaiti families and individuals were prevented from entering the country because they did not pay the PCR test fees. If this is true, he wants to know the number of these citizens. He also requested for the list of medical centers authorized to conduct coronavirus tests, inquiring if the ministry collects fees from these centers. MP Hesham Al-Saleh asked the health minister about the basis of the decision to add KD60 as fee for two PCR tests in the price of a plane ticket. He disclosed that he found out the price will be reduced later, so he wonders if this means the aforementioned decision is wrong. He wants to know the companies authorized to conduct PCR test and legal basis of the decision to prevent unvaccinated citizens from travelling, considering this is a violation of Article 31 of the Constitution which safeguards the right of citizens to travel. He asked why some categories like Kuwaitis studying abroad who need to travel on certain dates to complete their studies are not exempted from the decision.

Difference
MP Abdulkareem Al-Kandari urged the government to know the difference between encouraging citizens to get vaccinated and forcing them to do so by linking vaccination with travel and other activities. He asked the Council of Ministers to revise decisions, which are considered unconstitutional as they limit the citizens’ freedom, during its meeting on Thursday. MP Abdullah Al-Turaiji forwarded queries to Minister of Interior Sheikh Thamer Ali Al-Sabah about the issuance of visas without following the relevant regulations as per the investigations conducted by the General Criminal Investigations Department. He wants to know if any of the senior officials in the residency offices in different governorates received grants and gifts from some companies in exchange for the issuance of visas illegally. He requested for a copy of the cleaning contracts signed between the companies and these residency offices. Moreover, MP Osama Al-Shaheen criticized the statement of Lebanese Minister of Foreign Affairs Sharbal Wahba who described the citizens of Gulf countries as “nomads.” He considers such a statement offensive to the people in Gulf countries. In a press statement, he pointed out that Wahba does not speak on behalf of Lebanon or the Lebanese people regarding their brothers in the Gulf. – By Saeed Mahmoud Saleh Arab Times Staff 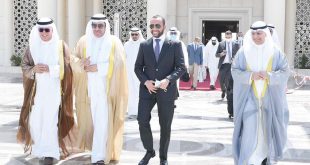 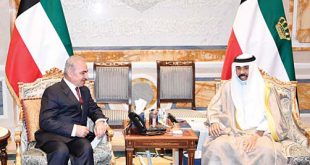 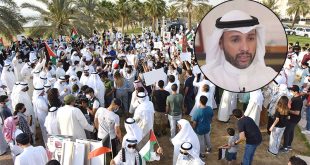 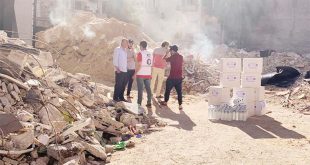