KUWAIT CITY, Jan 22, (KUNA): Probably most people would not bat an eye if they were told that smartphones have invaded almost every aspect of our lives. From programs that count calories consumption to social media applications that people check before they go to bed, smartphones have become an essential tool in this modern age. Lecture halls of Kuwait University (KU) are no exception, with many students using their devices to sometimes capture an image of the studying material or have a distraction from whatever is being taught.

In various interviews with KUNA, professors and students have different views regarding the use of smartphones during lectures, with some being for the use of the technology while others expressing detest. KU’s social studies professor Dr. Malak Al-Rashid said that smartphones should not dictate the course of the lecture, insisting that she rarely asks her students to use their phones in any capacity to gather or provide information. Dr. Al-Rashid stressed that before she started her lectures, she would set a number of rules that include setting phones on silent mode, deeming that as a crucial part of the respect between lecturers and students.

However, Dr. Al-Rashid said that she was not totally against the concept of smartphones, revealing that her students could connect with her on e-mail or twitter account in case of emergencies or cancellation of lectures. In a similar fashion, Professor of Psychology Dr. Amthal Al-Howaila said that smartphones are useful tools to gather data and information; however, their place is not within lecture halls. Sometimes allowing the minimum usage of smartphones during a lecture could be beneficial for the studying material, but that rarely happens, said Dr. Al-Howaila, insisting that she never allows her students to chitchat on the phone whether in a text or an audio form during lecture time.

She suggested the establishment of several guidelines that would make use of the positive aspects of smartphone technologies, stressing that social media applications on the device could be used to regulate class sessions and disperse studying material.

Taking different tack, Professor of administration studies Dr. Mohammad Al-Fahad said that there are no regulations preventing students from using their smartphones during lectures; however, there are rules banning the use of such devices during exams. As long as the students are using their phones to enhance their studying experience, I see no problem in using them, said Dr. Al-Fahad.

On the students’ part of the equation, Zahra Mahmoud Haydar said that she keeps away from her phone during lecture, preferring to set the smartphone on silent mode. She noted that this act enables her to be more focused on the subject of any given lecture and; thus, absorbing most of the information being delivered. 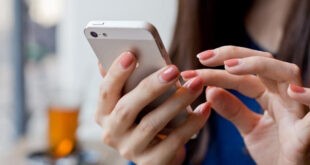 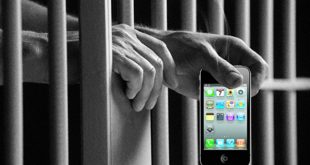 Local market hit with buyers to purchase the new iPhones

This post has been read 6334 times!KUWAIT CITY, Feb 1: An Indian expatriate was arrested …