KUWAIT CITY, May 16: As part of its intensive campaigns against the shops in Souk Al Mubarakiya, the Ministry of Commerce and Industry has administratively closed 6 shops, including 4 manufacturing and selling perfumes without a manufacturing license, and 2 others for practicing commercial activity other than what is mentioned in the license, reports Al-Rai daily.

The emergency team completed the legal procedures against the violators, while the ministry continued its intensive campaigns in the market, to ensure the shops adhere to its decisions and laws. In a related context, and in continuation of the Ministry’s efforts in its war on counterfeit goods and to complement its role in removing the name of Kuwait from the watch list for the protection of intellectual property rights, it has closed 9 stores inside a mall in the Salmiya area, for displaying and selling pirated goods — counterfeit goods of famous international brands.

Seized
The emergency team also seized large quantities of imitation clothes, shoes and bags and legal measures were taken against violators. In other news, the Environment Public Authority announced that a specialized team from the authority, in coordination with the Public Fire Service, conducted an inspection campaign on gold and jewelry repair workshops in Souk Al Mubarakiya, which resulted in issuing four violations in accordance with Article 18 for not complying with the engineering and environmental requirements, in continuation of the authority’s efforts in the Environmental Protection Law. No. 42 of 2014 and its amendments to establishments and individuals. The authority stressed the workshop owners the need to abide by the regulations, instructions and regulations set forth in the Environmental Protection Law to avoid violations in accordance with the law. 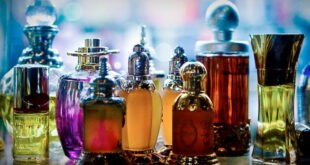 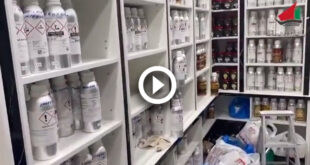