KUWAIT CITY, March 2: Recent annual report released by the Projects Administration Department affiliated to the Projects Sector at Kuwait Municipality revealed that six workers (bachelors) cities are waiting for the approval of the Municipal Council before execution.

Content of the report indicates the sector is planning to increase the capacity of the cities because another site has been provided to replace the first location at North Subbiya. It declared the locations for projects in East Arifjan workers city and North Khairan City have also been changed. It pointed to coordination between the public-private sector partnership council to study the appropriate alternative in a way that justifies the project economically.

It continued that the Municipal Council has approved a structural plan for the Recreational Service Center project and other relevant facilities that have been announced in the media. It stated the council has been reviewing documents for prequalification of companies alongside the public-private sector partnership council, while the Ministries of Electricity and Water, Public Works, and Communications have been addressed to provide necessary specifications for the projects.

It added that new Municipal Council building is estimated at KD 24,250 million. Meanwhile, the Director General of Kuwait Municipality Engineer Ahmad Al-Manfouhi has issued an administrative circular regarding the selection of Kuwait as the capital of Islamic culture by the Islamic Educational Scientific and Cultural Organization (ISESCO). It directed the logo for Kuwait as the capital of ISESCO should be approved and included in all official documents and publications.

Share
Previous Kuwait hailed for condemning remarks against Saudi Arabia
Next Number of employees in Kuwait total 1,805,507 in 2015: report – Indians make up 25 pc of total workforce 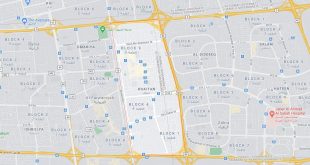