“The visit indicates the strong relations between the two friendly countries in various fields, which extend for more than a hundred years, and that there are many opportunities for how to strengthen and develop economic and financial relations, and that Kuwait, in its public and private sectors, is ready to work to support the development of relations in the financial services sector in London.” On the occasion of his visit to Kuwait, the Lord Mayor of the Financial District, Mr. William Russell, said: “I am always pleased to visit Kuwait, especially since this visit comes after the pandemic, which led to the extension of my term of service for an additional year.”

He added, “This is a critical moment for all of us to boost global trade and advance economic growth while we rebuild better after the pandemic. Kuwait is an important and historical partner for the City of London and the UK in general. We have long-standing partnerships with Kuwait’s financial institutions.” And, many other common cultural, social and educational issues between the two countries were also discussed, as the Sheikh Abdullah Al-Mubarak Al- Sabah Foundation sponsors a postgraduate scholarship program for Kuwaiti and Arab students in cooperation with the Mansion House Scholarship Program, which is supervised by the office of Lord Mayor of the City of London, and a Kuwaiti student won the scholarship in the last academic year. 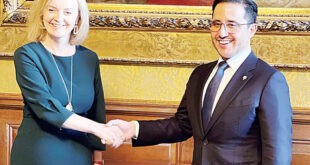 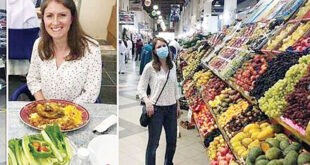 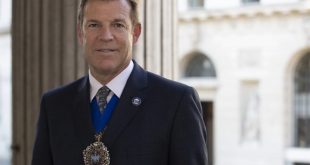