KUWAIT CITY, July 14: The State Audit Bureau (SAB) has issued its annual report about the Kuwait Municipality for fiscal 2020-2021, which shows armed robberies, thefts, and damage to vehicles which were impounded by the Kuwait Municipality, in addition to other observations, reports Al-Rai daily. The report, a copy of which has been obtained by the daily, shows the Municipality’s garages in Al-Naeem and Mina Abdullah where impounded cars are stored are faulty. The report says, these places lack tight control over the impounded vehicles, especially since these are surrounded by a mesh fences and these fences have man-made openings and the openings in the walls are either blocked by sand or some vehicles.

There is also lack of protection for employees and security personnel because more often than not these places were subjected to armed robberies and thefts; the number of surveillance cameras at these locations are ordinary and do not cover all areas. The areas also lack proper lighting, except for lights at the main gate and to make matters worse there is continuous power outage at the sites, and electricity at the Al Naeem site is supplied by power generator. It has also been reported some of the impounded vehicles are parked outside the wall of the site at Naeem; some vehicles are half buried in sand and it is crystal clear that many of these impounded cars were subjected to theft. 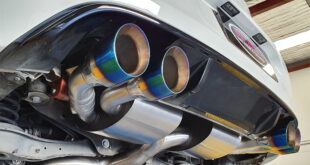 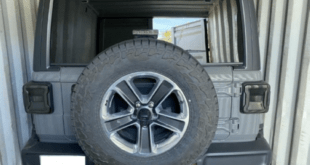 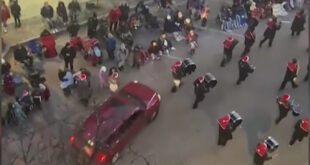 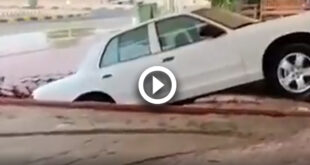 This post has been read 7333 times! A parked car caved in in front of …