LAST Sunday, hundreds of Kuwait Police officers were deployed in malls in implementation of the unsound official decision to not allow entry for unvaccinated people into commercial complexes, restaurants and cafes. It is a decision that creates division within families, and among friends and acquaintances as some of them are not vaccinated and some others are waiting for their turn to get vaccinated. So why should the unvaccinated be punished when the matter is not in their hands, but in the hands of the employees of the young sheikh minister?

Almost all countries of the civilized world and others have vaccinated most of their people and residents, except for Kuwait – the country of conflicting and ill-considered decisions, the last of which is related to visiting commercial complexes, restaurants, cafes, salons and health clubs. One of my acquaintances told me that she went to a ladies’ salon in the area where she resides, and she was allowed entry as she has been vaccinated with the two doses.

However, when she asked the four Asian hairdressers in the salon if they received the vaccine, they all answered “No”. This is a story that we dedicate to our young minister, the young sheikh, the Minister of Health and the member of our rational government, whose instructions and decisions we just obey.

Regarding the security forces who throng the shopping malls and show off, they have left the streets free and uncontrolled for the violators, the latest consequence of which was the crime committed in broad daylight on Monday in Mahboula area where officer Abdul Aziz Al-Rashidi was stabbed to death. The crime was committed by a young criminal who, the security forces later discovered, had also killed his mother because she did not give him the money he wanted.

The video of the killer stabbing the martyred officer was broadcasted on social media. In the video, two vehicles of the security forces can be seen in the vicinity but the officers in those vehicles did not get out of them to save their colleague from the bloody fate he faced. This happened at a time when securitymen are busy displaying their uniforms, strength and authority over helpless visitors in malls.

These visitors are able to enter those complexes only after proving to those standing at the entrances that they completed their vaccinations. However, what benefit do we reap from the show displayed by the securitymen inside those complexes? Is the job of the securitymen in Kuwait now limited to displaying their authority in the commercial complexes, and leaving the streets for violators and criminals?

This time, the victim was one of their colleagues who was killed in broad daylight in an unprecedented manner in front of pedestrians and motorists. May God have mercy on the martyred officer Abdul Aziz Al-Rasheedi … and may God punish those who caused his death through that heinous crime. 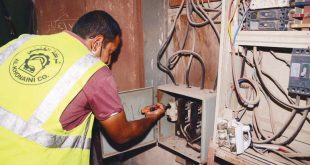 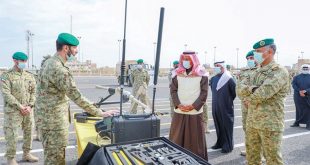