KUWAIT CITY, June 21: Salmiya area and other investment areas are witnessing stark transgressions following their transformation into something similar to industrial areas due to poor municipal oversight and failure of Hawally Municipality to assume its responsibilities in pursuing the owners of vulcanizing shops who take advantage of the absence of relevant inspection teams to monitor them, especially after allowing them to resume practicing their activity within the first stage of the plan for return to normal life announced by the government.

Beginning in front of the gate of the Hawally Municipality, which did not move a finger to deter some of these violators, Salmiya area has become a “hut” with garages and auto repair shops, turning it into a new location that is heading towards becoming an industrial area similar to Shuwaikh, Sharq and others.

The daily toured the area and monitored the miserable state of the squares, streets and lands listed under the category of “state properties” close to a number of violating shops. They were being exploited in a way that shows lack of respect for the state’s laws, in addition to the accumulation of unused cars and traffic congestion due to these shops.

Discard
During the tour, it was noted that some of the workshops used the sewage system especially the rain sewers to discard the used car oils. Others filled them with dirt in the yards such that the vehicles passing on the road opposite the shops became prone to slipping due to the large number of oils dumped on the street.

In addition to this, state properties are being used illegally, converting them into parking spaces for broken cars or for dumping used and damaged tires, not to mention throwing them in front of garbage containers, or storing them in basements, or on the roofs of the shops.

Also, most of the workers in those shops are not committed to health requirements, and some receive customers at home, which is in violation of the Cabinet’s decisions that are aimed at curbing the spread of COVID- 19. The daily posed a question to an official in Kuwait Municipality about the criteria for reopening shops that were closed and sealed administratively during the COVID-19 crisis.

In response, he explained that the standard criteria are limited to the violator presenting a letter of request to allow him to reopen. The violation is referred to the Legal Department of Kuwait Municipality to take action. The decision to open and close is at the discretion of branch managers and this is something that specifically needs to be reviewed – either to be reduced or withdrawn.

The decision is limited to the general manager or his deputy for the governorate sector. The top management will require providing it with a list of the shops that have been sealed and administratively closed, the places that were opened, the type of violation and its causes, and those who closed and reopened them. He concluded by affirming that, “The law will apply to everyone, even if he is an employee or an official of Kuwait Municipality.” 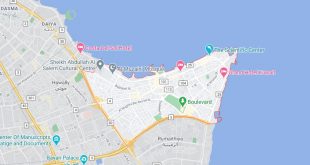 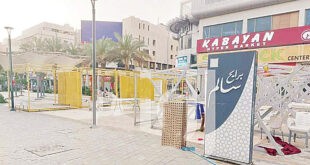