KUWAIT CITY, Feb 17: The owners of domestic labor recruitment offices said despite the announcement of Kuwait’s intention to allow immunized persons, irrespective whether the person has take two or three doses and doing away with the PCR test, which was a condition to enter the country, the ‘Safety’ platform is still a condition for issuing visas for new contracts, reports Al-Qabas daily. The platform fees cost the new contract holder 500 dinars, in addition to the recruitment fees of 890 dinars. The owners stated that the fee is nonrefundable and called on all concerned authorities, including the health authorities to clarify the decision on institutional quarantine for domestic workers, and to clarify the new mechanism and conditions for this type of visa in order to avoid losses incurred by citizens.

Meanwhile, the Ministry of Social Affairs is expected to resume elections to the boards of directors, whose legal mandate has expired, whether in cooperative societies or public benefit societies (its civil and charitable wings) soon, especially in light of the start of the fourth wave of the Corona pandemic, and the decline in the number of daily infections with the virus, reports Al-Jarida daily quoting administrative sources. For its part, the Membership Affairs and Publicity of Societies Department in the Ministry made it clear that it has begun its preparations to re-conduct the elections whenever the concerned authorities decide to do so. 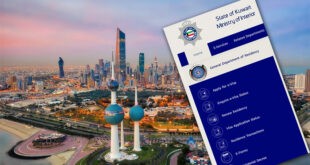