IN most cases, the extremist right-wing parties manage to attract the minds and hearts of voters. Sometimes they even manage to influence values and principles to gain more followers under new circumstances that might have negative effects on the voters’ lives particularly citizens.

In the year 2011, namely the beginning of the Arab Spring, a large number of refugees especially from Syria headed to Europe to flee the war. Many of them reached their destination and Germany opened the door to receive them but many other countries neighboring  Germany  shut the doors in the faces of the refugees.

Thanks to the vision and ideology of German Chancellor Angela Merkel, plans were set in place to accommodate a large number of refugees and take advantage of them to contribute in supporting the economy of Germany.

In 2016, Britain issued a referendum for the exiting the European Union. Such a referendum provoked noise both inside Britain and in other parts of the world. It was the reason behind the resignation of British Prime Minister David Cameron.

France witnessed the victory of the extremist right-wing “National Rally” political party led by Marine le Pen. The same happened in Italy, Hungary and Austria where extremist right wing parties gained unprecedented popularity, leading those parties to dominate the political scene for the first time after many decades.

Most of the analyses indicate that we are about to enter a new era that will witness the rebirth of the extremist right-wing currents. This means more obstacles will be placed in the path of the refugees and even immigrants who hold European passports but are not of European origin but that of Arab, Asian or Latin American.

The media campaigns organized by rightists highlight issues that affected the opinion of large percentage of the voters. The media campaigns promoted the concept that the immigrants from the East are not coming to Europe just for humanitarian reasons but also for economic reasons.

Here, we can see that the campaigns focus on the standard of living of European citizens who suffer a lot due to high taxes.

The campaigns also focus on vital issues such as unemployment and others with the aim of frightening European Citizens about the negative effects on their day-to-day lives. They also highlight the negative consequences of the refugees on the countries’ economic and political affairs.

Many questions come to our mind concerning the present and future of the new wave of refugees. Will the European Union be able to contain the consequent waves of immigrants? Will the ethnicities or religions represent an obstacle for the refugees to merge in their new societies? Is there any effect of the differences between the religion of the refugees – most of who are Muslims – and the local religions of the citizens of the receiving countries? Will the present and future activities of the European right-wing parties affect the immigrants? If the answer is yes, what would these effects be? Will such popular issues, as we can call, affect the political attitude of European citizens? Will the effects be temporary or permanent in terms of stopping the reception of refugees as well as immigrants?

However, it is a logical fact that civilized countries are capable of adapting to new situations. They can contain newcomers from different cultures and help them to merge in the new society in order for them to become a part of the local culture. In such case, we do not have to worry about any of the two parties – the refugees’ homelands and the receiving societies.

The need to discuss this issue and find ways to deal with is really urgent due to the growing popularity of the extremist right-wing parties and their negative impact on the immigrants and refugees. This top-priority issue has affected the policies of the EU, which are reflected in some of its decisions.

As I said earlier, the refugees’ issue has brought extremist right-wing parties back to life after decades of dormancy. The most negative effect is their influence on the voters.

According to some statistics, Germany has received more than one million refugees, and the rest are distributed to a number of other countries. As a result, the refugees represent a source of low-income workers, something that negatively affects the European labor markets. This issue is raised by some campaigns with the aim of enhancing the feeling of hatred against the refugees.

“Whenever I see injustice in this world, I calm myself down by saying there is Hell waiting for the unjust”

Share
Previous Family visit visa for Bangladeshi
Next When will we stop being last?! 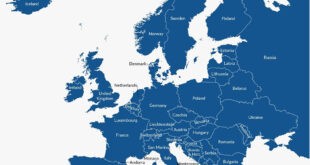 ‘Europe is on knife edge of uncertainty’ – Crisis summits norm