KUWAIT CITY, Oct 28: Kuwait Society for Human Rights (KSHR) laments that the recent directives issued by Ministry of Health are direct violations of human rights, and they negatively impact the country’s reputation of being “a global humanitarian hub”.

In a press release, KSHR criticized the recent directives issued by some officials of Ministry of Health, stressing that preventing the expatriates working in the country from receiving medical treatments such as dialysis, and from obtaining certain necessary medicines as well as delaying in provision of medical care to Bedoun residents are all clear violations of human rights.

It affirmed that the plan to dedicate the new Jaber Hospital exclusively for Kuwaiti citizens and other such directives are rejected by KSHR for a number of reasons such as its violation of Article 15 of Kuwaiti Constitution which stipulates that the state is responsible for public health, preventive measures and treatment of diseases and epidemics.

KSHR explained that a number of international conventions and treaties are being violated, as the right to a healthy living and medical care for all residents in the State of Kuwait has been agreed upon by Kuwait after it became a signatory of numerous international agreements on human rights.

For example, paragraph 1 of Article 25 of the Universal Declaration of Human Rights stipulates, “Everyone has the right to a standard of living adequate for the health and wellbeing of himself and of his family, including food, clothing, housing, medical care and necessary social services, and the right to security in the event of unemployment, sickness, disability, widowhood, old age or other lack of livelihood in circumstances beyond his control”. This right has also been mentioned in the International Covenant on Economic, Social and Cultural Rights (ICESCR) and is supposedly ratified by the State of Kuwait, considering its advocacy and membership to the convention.

According to Article 12 of ICESCR, parties must recognize everyone’s right to the highest attainable standard of physical and mental Health. In other words, recognized parties are called on to ensure this right is practiced. KSHR reiterated that these directives of Ministry of Health not only violate many international agreements and conventions on human rights but they also negatively impact the reputation of the country. “These directives are illogical and represent an embarrassment for the State of Kuwait internationally, as the latter provides humanitarian aid to people of other countries but not to the people residing within its borders. Moreover, implementation of these directives will lead to racial and social discrimination”, the society clarified.

In conclusion, KSHR stressed that such decisions and directives are clear indicators of the presence of some ignorant officials in Ministry of Health who do not understand the value of international achievements made by the State of Kuwait under the wise leadership of His Highness the Amir Sheikh Sabah Al-Ahmad Al-Jaber Al-Sabah. In this perspective, the society urges all officials of Ministry of Health to respect the right of every individual to medical care, to withdraw their recent decisions and avoid discrimination in the future. It also calls on the parliament and the Cabinet to prevent the implementation of such directives in order to protect the international reputation of the State of Kuwait. 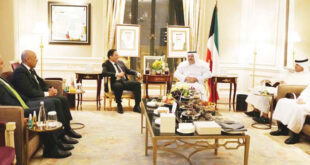 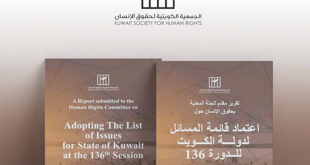 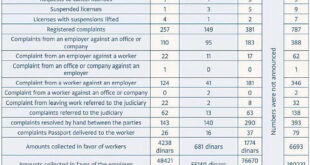 This post has been read 5256 times! The following is the last part of the …