Renaissance of Oman … Sultanate of renaissances

THE Sultanate of Oman is folding the 48th page of its renaissance book which started in 1970 as it opens a new and brighter page in all fields — politics, economy and development, based on the wise and realistic vision of Sultan Qabous bin Saeed who devoted himself to working in favor of his country.

Speaking about Oman makes it a must to look into the remarkable changes the country witnessed in the second half of the 20th century. These changes are the fruits of non-stop hard work. We need to figure out where Oman was located in the year Sultan Qabous took over power and where it is located at present.

I remember very well that I was the first journalist who met Sultan Qabous upon his arrival in Muscat on board a small aircraft which landed on a very humble airport. In the simple house where Sultan Qabous stayed, I asked the young Sultan about his dreams. He replied, “My dreams are as big as the nation and the Omani people.”

With the conviction that a citizen is the foundation of any development, Sultan Qabous talked about cultural and educational projects. He believed construction, modernization or infrastructure is not possible without the development of man.

In that interview, Sultan Qabous talked about the Opera House, Sultanate Orchestra, integrated educational infrastructure, health projects and many others. His dreams were much bigger than the situation of Oman at the time, marked by backwardness and lack of infrastructure in all fields as if the country did not enter the 20th century. This is why I regarded the dreams of Sultan Qabous as big challenges. Nevertheless, he believed in his well-known statement: “The land of Oman is good and it produces only good people who face and triumph over challenges through patriotism and strong will.”

Sultan Qabous made it his duty to develop the Omani citizens. He ensured that his country remained neutral, away from the tough wave of disputes and crises sweeping the Arab and regional countries; starting with the Iranian Revolution, then the Iraqi-Iranian War, President Sadat’s visit to Jerusalem and many other troubles. Through this policy, all parties in the region and the entire world trusted Oman. This enabled Oman to play the role of mediator and judge.

Some years after my first meeting with Sultan Qabous, I met him again at the palace. On that day, I praised the beautiful building. Sultan Qabous said, “This palace and everything in its surroundings are properties of the Sultanate. I only have the right to stay here and meet the State’s guests in a manner that suits the country and the people.”

Sultan Qabous never received personal privileges, because he prioritized public affairs over personal interests. The good of Oman is for the Omanis. This is the reason why Oman succeeded in removing obstacles — one after the other. Even when the ‘Arab Spring’ fever engulfed a number of Arab countries, the people of Oman supported Sultan Qabous more than ever. The citizens raised the slogan, “People and Sultan against corruption.”

Throughout the 48 years of renaissance, Oman has never taken a step back, so it is now on the verge of self-sufficiency. It has not asked for help even in times of natural disasters and tornadoes. Sultan Qabous stressed that the people will overcome catastrophes and compensate for the losses.

In the last five decades, Omanis learned how to depend on themselves as part of requirements to achieve the renaissance they could be proud of. This renaissance is a source of pride for all GCC and Arab citizens.

Sultan Qabous instilled the value of tolerance among the people, turning this virtue into an innate attitude. While the society is living the best image of tolerance and the government is avoiding regional disputes and maintaining good relations will all parties, the Omanis adopted the same attitude — keeping safe from regional troubles.

Every time I meet Sultan Qabous, I see in his eyes the persistence to realize his dreams with the aim of ensuring prosperity for the patriotic citizens who believe that the decisions he takes are absolutely correct.

When Sultan Qabous suffered from an illness a few years ago, the citizens in all parts of Oman prayed for his speedy recovery for him to continue the renaissance track and make national dreams come true.

For this, we cannot find in history any other people who lived and respected their ruler with one voice as the case of Omanis and Sultan Qabous bin Saeed. 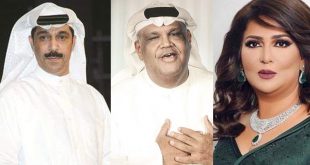 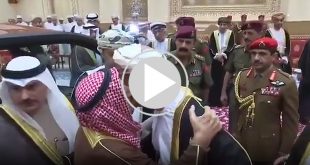 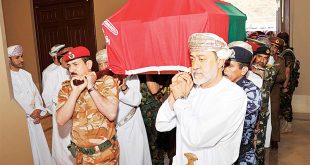 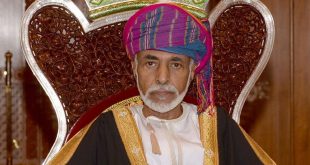 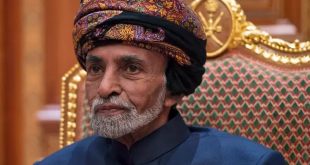