KUWAIT CITY, March 20: The Minister of State for Housing and Urban Development, Minister of State for Municipal Affairs, Shaya Al-Shaya, has given the cleaning and road works departments in the concerned governorates three months to remove rubble and waste, to eliminate the negative phenomena in Al-Wafra and Abdali farms and the surrounding areas. He stressed the contracts of the cleaning companies in all the governorates must be followed up to every minute detail to ensure that there is no discrepancy and called for terminating the contract of any cleaning company if the work is not completed in the specified time limit.

Al-Shaya said during his field tour – accompanied by the presence of the Director- General of the Municipality, Engr Ahmed Al-Manfouhi in Al-Wafra – the Cabinet meetings have touched on the level of hygiene, expressing dissatisfaction as a result of a failure to follow up, and this is unacceptable, and “it saddens me seeing the waste for a month in one of the sites without any move to clean this area.” Al-Shaya called on the directors of cleaning companies to prepare daily, weekly and monthly reports on cleaning work in the governorates, especially areas that suffer from neglect, such as farms.

He said many complaints were received about non-urban landscapes on farms, which put pressure on Municipal officials to intensify businesses in those areas, calling on farm owners to cooperate with the municipality and not to dump waste in places not designated for it, whether in the squares or between agricultural holdings. He stressed the need to raise the level of hygiene in the agricultural areas of Al- Wafra, Kabd and Al-Abdali within two months. For his part, Eng Al-Manfouhi said that all cleaning departments must work and rectify the faults related to Al-Wafra farms, stressing that all possible mechanisms will be provided to the departments in order to address and follow-up work. 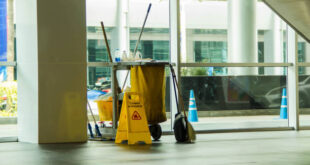 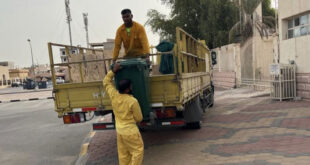 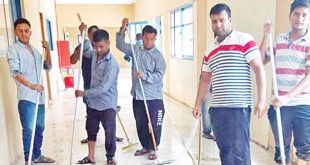 This post has been read 24434 times! Crisis to continue till end of school year …