KUWAIT CITY, Dec 15: Singer Rahaf Guetara said she had prepared to make a video clip of her new song titled ‘My heart hurts’, whose lyrics are by Ban Al-Rifai, and composed by Mashari Al- Awadi and distributed by Walid Sultan. She told the Al-Rai daily that she postponed filming, which was scheduled to be done during the past few days because of the fluctuating weather conditions in Kuwait. However, filming is expected to begin within the next two weeks, she added.

Rahaf said, this is one of the 10 songs in her next album which she says, she has produced by herself, some of which are ready and others need some technical touches. Returning to her song ‘My heart hurts’, she said, its rhythm is developed in a beautiful and contemporary style, as “I made sure that the entire album is diversified to satisfy all tastes. I also finished choosing (the location) for making the video clip and waiting for the weather to improve a little, because filming will be indoors and outdoors.” 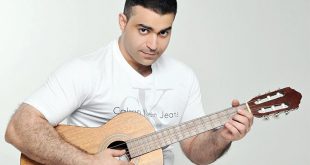