KUWAIT CITY, Jan 29: MP Muhammad Al-Dallal has submitted questions to Minister of Education and Higher Education Dr Saud Hilal Al-Harbi on the policy of the Finance Ministry to regulate expenditures in public institutions.

He requested for a copy of the decision on forming the Purchase Committee; names and positions of committee members from 2015 till date; comments and violations stated in the reports of relevant monitoring institutions especially the State Audit Bureau (SAB), Financial Controllers Bureau (FCB) and Ministry of Finance; companies exempted from contracting fees; and reasons behind the exemption.

Meanwhile, MP Ali Al- Daqbasi sent a letter to the National Assembly asking about report numbers 23 and 24 on the amendment of the Social Security Law to be included in the agenda of the Assembly as urgent issues. He pointed out this law is vital for retirees and their families who constitute a large part of the society, calling on the MPs to vote in favor of the amendment considering its importance.

On the other hand, MP Sa’adoun Hammad pointed out in a press statement that the parliamentary Interior and Defense Affairs Committee on Wednesday discussed the new bill on fire services with representatives of Kuwait Fire Service Directorate (KFSD). He explained that he cannot vote in favor of the bill in its current form as it stipulates promotion of highly qualified firefighters to the rank of lieutenant as some of them were promoted while the rest were not.

In case the bill is passed before promoting the other firefighters, they will lose their right because they will not meet the conditions stipulated in the law as it violates the equal opportunity rule, he added. He intends to meet those against the bill in order to hear their points of view before fi- nalizing his position on the bill. He stressed the importance of promoting the other firefighters before enforcing the bill in order to protect their rights, similar to their colleagues.

Furthermore, a number of MPs continued commenting on the recent decisions of Social Affairs Minister Dr Ghadeer Aseeri. MP Abdullah Al-Kandari thinks the minister is suffering from what he calls as ‘grilling hysteria’, which prompted her to issue decisions on serious issues. He revealed Aseeri’s decisions include more than 12 appointments in four cooperative societies; and withdrawal of powers granted to the Public Authority for Handicapped Affairs director, medical committees and fact-finding committees. He said the minister took decisions in favor of some individuals, including certain MPs, in order to obtain their support in the upcoming voting on the no-confidence motion against her. He is afraid of the possibility that this will become part of traditions which will be adopted by any minister who will be subjected to grilling or no-confidence motion in the future as a sort of defense.

Conflict
He added Aseeri’s departure has become a matter of time, calling on HH Prime Minister Sheikh Sabah Al-Khaled Al- Sabah to look into the minister’s decisions and even cancel them as these are crystal clear examples of conflict of interests. In a press statement on the same issue, MP Riyad Al- Adasani urged HH the Prime Minister to either dismiss Aseeri or accept her resignation as the latter’s recent decisions proved that the grilling is appropriate and correct.

Moreover, Housing Affairs Committee Chairman MP Faisal Al-Kandari confirmed in a press statement that the committee discussed the complaints of residents in South Sa’ad Al-Abdullah, South Abdullah Mubarak, Mutla’a and South Sabah Al-Ahmad City. He said the issues in Sa’ad Al-Abdullah City were referred to a special committee at the State Ministry for Services Affairs, affirming the relocation of the scrapyard and dry cleaning shops.

He added the Ministry of Commerce and Industry has allocated a new site for the Metal and Recycling Company, indicating approvals are being reviewed by the State Audit Bureau (SAB) as the value exceeds KD100,000.

On the used car tyres, Al- Kandari said this file was referred to the Environment Public Authority (EPA) in October 2019 and an agreement was reached to find solutions within two years. He disclosed the committee will invite the EPA director general to its next meeting to discuss the issue. He went on to say an alternative place was allotted for the butterfly farm and the company was supposed to receive compensation but the Ministry of Finance did not allocate a budget for this purpose.

He added Minister of Finance and acting State Minister for Economic Affairs Mariam Al-Aqeel to be invited to the next committee meeting. He intends to discuss the issue on the uncooperative attitude of several ministers. He affirmed the designs and planning for Khaitan are ready but the infrastructure is in a very bad condition, disclosing SAB is currently reviewing the relevant contracts. He said the project will be implemented upon obtaining approval from the concerned authorities.

Furthermore, Minister of Commerce and Industry Khalid Al-Rawdan revealed in a press statement that he discussed the Bankruptcy Bill with the parliamentary Financial and Economic Affairs Committee. He clarified the bill is quite different from the existing law (number 68/1980) in terms of meeting the advanced business environment criteria. He clarified a bankrupt person is not a criminal as his business is exposed to insolvency due to special, local or maybe global reasons. He added the bill stipulates providing support for the bankrupt to start all over again (debt discharge). He argued the bill will be beneficial to small and medium enterprises which will most likely suffer from bankruptcy than major businesses. He disclosed the average bankruptcy rate in the country is 4.2 percent while the chance of collecting debts is about 32 percent. He pointed out the bill will help the debtor to pay and the borrower to collect his money. He added the enforcement of this bill is part of an advanced strategy which will lead to the establishment of commercial courts for settling commercial and economic disputes, asserting most commercial establishments are happy with the new bill. 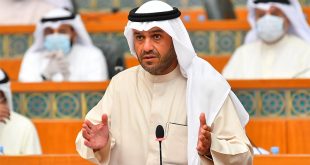 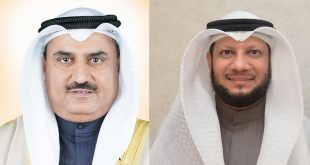 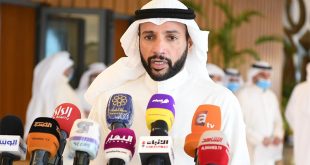 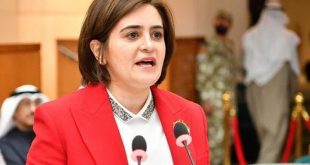