KUWAIT CITY, Sept 29: Assistant Secretary General at the Prevention Sector in Kuwait Anti-Corruption Authority (Nazaha) Eng Abrar Al-Hammad has confirmed that the sector finalized a number of decisions, including the new mechanisms for preventing the forgery of academic certificates and the accreditation of these certificates, reports Al-Qabas daily. Al-Hammad made the announcement in the recently concluded meeting between Nazaha and the Ministry of Higher Education regarding the implementation of mechanisms to prevent the forgery of university and professional certificates; while setting the criteria for the accreditation of these certificates in line with Kuwait’s strategy to promote integrity and combat corruption for the years 2019 to 2024.

According to Al-Hammad, the sector will soon organize a workshop regarding the new mechanisms in cooperation with the Ministry of Higher Education, with the participation of experts in the educational sector and civil society. She pointed out that the education file is a priority in the strategic initiatives and objectives of the New Kuwait 2035 Development Plan and the government’s work programs for the years 2021 to 2025. Meanwhile, the Ministry of Education continues its preparations for the new academic year, including the private schools, reports Al-Anba daily.

In this context, acting Director General of Private Education Department Salman Al-Lafiannounced the mechanism for the students’ entry and exit in private Arab schools whose academic year begins next Sunday. He also confirmed the allocation of hotlines for informing the Operations Unit about any developments in schools. In a recent meeting, which included private education offices and Arab school principals; Al-Lafiexplained ways to deal with students after the closure of schools for one year and a half. He stressed the need to strictly implement health regulations, ensuring that the students as well as the academic and administrative staff comply with these regulations. On the other hand, Director of Educational Affairs Department Mansour Al-Mansour confirmed that the Corona crisis led to a shortage of teachers; calling for more concrete steps to address the issue considering the exceptional circumstances in schools. 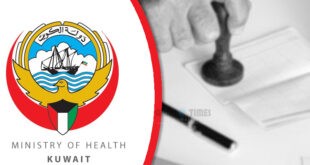 KUWAIT CITY, July 24: Regarding the suspicion of corruption in the granting of 2,300 disability …