KUWAIT CITY, Nov 25: The General Administration of Customs has announced the seizure of Pharaonic antiquities allegedly smuggled out of the Arab Republic of Egypt, reports Al- Anba daily.

According to a statement issued by the Customs Department, a shipment arrived from Egypt via airfreight and there was a lot of suspicion about the shipment which necessitated checking the contents. After opening the shipment, customs officers found Pharaonic antiquities and as a result necessary measures were taken to hand them over to the Antiquities and Museums Department of the National Council for Culture, Arts and Letters. 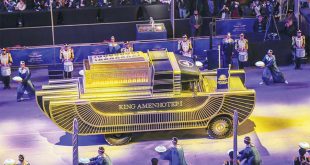