Since 1937, the international community has suggested settlements to the Palestinian issue and they were refused by us because we believe they are unfair, thus the conflict has continued and the losses afflicted the most vulnerable side.

Battles and wars occur and new less attractive settlements were suggested and rejected over the course of 84 years until we lost almost everything.

The first and best attempt to find a solution to the Palestinian-Jewish conflict was that of the British Peel Commission in 1937, whose report dealt with the ancient history of the Jews in Palestine and the history of the Arabs there and how Britain promised the Arabs to grant them independence if they supported it in the Second World War, and gave the promise of a new state to the Jews if their elders stood with it in the same war.

The commission concluded that Palestine should be divided into two – Jewish and Arab states – provided that the holy sites in Jerusalem and Bethlehem remain under the British Mandate.

The Palestinians rejected both the division and the Zionist presence because the committee gave the Jews 33% of the best lands at a time when their real ownership did not exceed 6.5%.

The great scientific and financial difference between the two sides also contributed to the Palestinians fear of the future. The Jews were interested in an early period in developing their resources and creating strong industries in their regions.

They opened the first university in 1925 and it became their source of strength while the financial, political and scientific situation of the other party witnessed deterioration, add to this the severe differences between the two sides in terms of nationalism, religion, and language and their existence together within the narrow borders of relatively small country with a strong discrepancy between the aspirations of each side.

The commission found that it is difficult for either of the two peoples alone to rule Palestine and division must be made, provided that the sanctity of Jerusalem and Bethlehem guaranteeing and securing access to them freely and safely for whomever wants.

However, it was difficult for the Palestinian Arabs to agree to cut off large areas of their country which they have settled in for centuries. The Jews also felt that they would be forced to settle for less than the land of Israel that they had previously ruled, and that they believed themselves to be ruled again – according to the opinion of the commission.

But the committee was hoping that each of the two parties would eventually realize that the benefits of the partition will outweigh its disadvantages, as it would bring them freedom and reassurance and the Arabs would have reaped the following benefits from the partition – Independence; Disappearance of the fear of Jews all over the world sweeping their homeland; Permanently drawing the borders of the Jewish national home permanently and placing the holy places under the guarantee of the League of Nations under an international mandate, so that they will never come under the domination of the Jews.

Add to this the huge financial aid the Palestinians would receive from Britain and from the Jewish state (to be established) with the promise of other financial grants to reclaim wasteland.

This is a historical overview of the history of the Palestinian issue, and how we all lost at that time a golden opportunity by rejecting what the Peel Commission proposed to solve the issue and our continued rejection of proposals that followed and the current situation became much more complex than it was.

Share
Previous Athlete involved in visa trading, human trafficking and forcing expats to work against their will acquitted
Next COVID, bankruptcy main concern of all 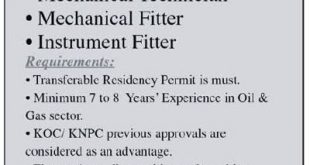 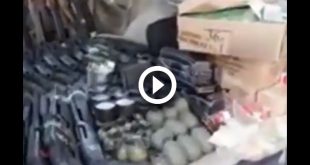 ‘Biggest loser is the child with disabilities’ KUWAIT CITY, July 27: Despite the assertion by …