KUWAIT CITY, Feb 6: Operatives from the Farwaniya Security Directorate arrested a Pakistani expatriate for posing as an advertising representative in the Ministry of Justice. Apparently, he tried to run away when security men requested him to show his ID card but he was cornered, arrested and taken into custody for investigation.

Meanwhile Police are looking for an unidentified Kuwaiti for mercilessly beating a bedoun youth over a previous dispute, reports Al-Rai daily. A report submitted by the victim issued by the Mubarak Al-Kabir hospital shows the victim has a broken nose and a deep wound to the head. 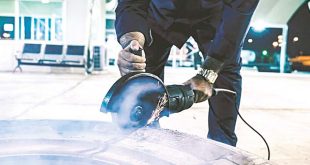 KUWAIT CITY, Jan 22: A Pakistani expatriate died after falling into a hole inside a …