KARACHI, Aug 8, (AFP): Pakistani cricket authorities Tuesday called for an upcoming tournament in India to be moved to a neutral venue, citing security fears in the South Asian country.

India is due to host the Under-19 Asia Cup in November but the Pakistan Cricket Board (PCB) said it would press for a relocation at an Asian Cricket Council (ACC) meeting this week.

“We will discuss this matter in the ACC meeting in Colombo on Saturday and we think that the event can be held at any other secure venue outside India and Pakistan,” Najam Sethi, chairman of the PCB’s executive committee, told AFP.

Political tensions have prevented the neighbours from playing a bilateral series since 2007, apart from Pakistan’s tour to India in 2012-2013 when they played a short limited-overs series.

Since then, sporting events have been marred by perennial tensions between the arch-rivals.

In 2013 officials were forced to move Women’s World Cup matches from Mumbai to Cuttack over security fears and protests over Pakistan’s participation.

The same year, Pakistan athletes were expelled from a hockey league following protests.

Pakistan blamed a delay in visas for their non-participation in the Junior World Cup in India in 2016, while earlier this year their squash players had to opt out of an event in India due to visa glitches.

The PCB has also initiated legal action against India for not honouring a deal under which the two countries were set to play six senior series between 2014-2023, pending clearance from New Delhi.

The first of those series failed to materialise in 2015 and the second, due in November-December this year, has also been axed.

The PCB last week said it has allocated one billion rupees (10 million dollars) for the legal battle.

Meanwhile, Indian pace bowler Shanthakumaran Sreesanth said Tuesday he was dreaming of playing in the 2019 World Cup after a court lifted a life ban imposed over a match-fixing scandal.

The 34-year-old knows he faces a tough battle after four years in the wilderness, but he said he was inspired by the successful comeback of Pakistan’s Mohammad Amir from a fixing ban.

The Kerala state high court lifted Sreesanth’s ban on Monday, saying the Board of Control for Cricket in India (BCCI) had not proved his role in the 2013 Indian Premier League scandal.

Sreesanth said his first target would be to play games for Glenrothes in the Scottish league, and then Kerala state, as he bids to fight back into the Indian team.

“My dream is to play 2019 World Cup for India,” Sreesanth told The Times of India in an interview.

“But I know it is next to impossible and it would be a miracle if I play in that World Cup. But I have always believed that miracles can happen.

“There might be stiff competition for fast bowlers’ spots now. But there was competition even when I made my way into the Indian team.

“I have always felt that competition gets the best out of me. I just hope that I can do justice to my talent on my comeback.”

The BCCI has not made any comment on the ruling. It could appeal to a national court, or accept the verdict and let Sreesanth return.

The 2013 IPL season was mired in controversy after police launched legal proceedings against several officials and three Rajasthan Royals players, including Sreesanth, for illegal betting and spot-fixing.

All three were cleared of spot-fixing charges by a New Delhi court in 2015, but Sreesanth’s life ban by the BCCI remained in place until Monday’s ruling.

Sreesanth, who was 13 short of 100 Test wickets when he was banned, said he was optimistic of being given official approval to play.

“Today I’m feeling much better than how I felt when I got my maiden call-up to the Indian team,” said Sreesanth, who was banned with fellow Rajasthan Royals players Ajit Chandila and Ankeet Chavan.

“It is a new life for me. Even the biggest of criminals don’t go through what I or my family went through.

“A small incident was portrayed in the wrong way in front of the world. Maybe that’s how the world works, I don’t know.”

He highlighted the case of Pakistani bowler Amir, who was found guilty of match-fixing in court and banned for five years in 2011.

Amir made an early return in 2015 and helped Pakistan beat India in the Champions Trophy final in June.

“I just hope that happens in my career too,” said Sreesanth.

While Sreesanth had denied any role in the IPL match-fixing, the Kerala court said he had been a victim of his own silence in not defending himself at the time.

“Complacency in the matter on the part of Sreesanth is really condemnable,” said the judge in his ruling.

“To uphold the dignity of the game, he should have publicly disapproved (of) the conduct of Jiju Janardanan, especially when his name was dragged into the controversy.”

Janardanan was a friend of Sreesanth who was accused of acting as a link between the players and illegal bookies.

“Anyhow, having suffered a ban now almost for four years, nothing further is required in this matter,” the court concluded. 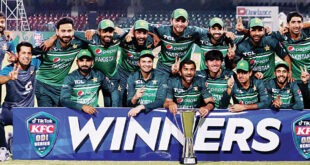