KUWAIT CITY, Sept 1: The Public Authority for Housing Welfare stressed on the speedy delivery of the boundaries of the J2 investment opportunity project in the service axis in the residential city of Jaber Al-Ahmad, reports Al-Qabas daily. The authority said that under the partnership contract between the PAHW and one of the general contracting companies for buildings, design, construction, financing, operation, maintenance and transfer of the J2 investment opportunity, is a commercial center consisting of office and commercial spaces in the service axis in Jaber Al-Ahmad Residential City, noting that the the current project consists of two plots of land combined into one with consisting 148,000 square meters.

The PAHW added that the Municipality has been handed over the modified organizational chart, and the company will undertake all procedures for removing and transferring existing services within the project boundaries at its expense, calling for the site to be handed over in its current state to the company’s representatives. 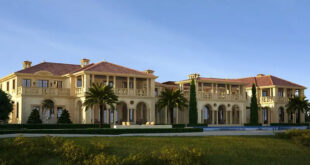