KUWAIT CITY, April 1: There is a doctor in Kuwait for every 556 people, according to official 2018 statistics on the total number of doctors working for the Ministry of Health which reached 8,434, which constitutes a clear shortage in the level of health services provided to the Kuwaiti population in general, including citizens and expatriates.

According to the statistics issued by the Public Authority for Civil Information, a copy of which has been obtained by the daily, the number of dispensaries until the end of December 2020 was 116 distributed over the six governorates, with 36 in the Capital, 19 in Hawalli, 19 in Al-Ahmadi, 15 in Al-Jahra, 18 in Farwaniya, and 9 in Mubarak Al-Kabeer.

Al-Seyassah met with a number of citizens and expatriates who demanded the need to expand the establishment of dispensaries, especially in some densely populated areas, as well as private housing areas where Kuwaitis and expatriates live. They pointed out that Kuwaiti charity societies that build hospitals and clinics in poor countries should direct their activities inside the country due to the scarcity of dispensaries inside the country 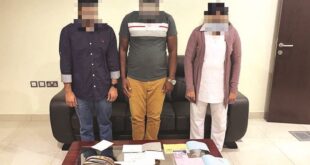 Asians arrested for running a fake clinic and selling medicines

This post has been read 9913 times! Specialized clinics in health centers to open KUWAIT …