KUWAIT CITY, Aug 29: Outgoing Dutch Ambassador to Kuwait Frans Potuyt highlighted the depth of the Dutch-Kuwaiti relations, describing it as historical and advanced at all levels and in various fields of cooperation, reports Al-Anba daily.

In a statement, Ambassador Potuyt explained that his country is the first trade partner of Kuwait from Europe. The total volume of trade exchange between the two countries is $ 2.5 billion.

The volume of Kuwaiti investments in the Netherlands is $1 billion in the fields of petrochemicals and logistics services. Ambassador Potuyt said Kuwait and the Netherlands are in constant communication and share consensus of views about many files and issues on the global and regional arenas. He affirmed that Kuwait plays an active and constructive role in the region, and his country supports all its initiatives as well as the mediation of His Highness the Amir of Kuwait in resolving disputes and bringing peace.

The ambassador highlighted that Kuwait enjoys a high level of freedom, and all topics are subject to discussion with Kuwaitis as long as they are conducted in a polite manner, describing the way in which he saw moderate Islam in Kuwait and openness, especially in allowing people of other religions to coexist and practice their rituals freely 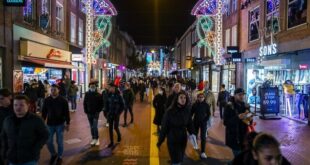 Three weeks of partial lockdown in the Netherlands

Kuwait embassy in the Netherlands warns regarding COVID restrictions 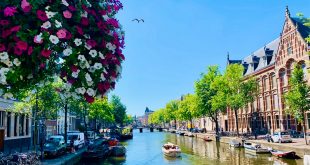