Children in various countries are subjected to various types of exploitation, from deprivation of education, to being employed in tiring occupations, to being recruited in absurd religious and tribal wars, in the sex trade, and so on. No country in the world is safe from such humiliating violations of childhood and human dignity, and the seriousness of their psychological effects on the future of the victims.

Despite numerous scandals involving senior Christian clergy in sexual abuse, for decades these crimes were covered up by senior clergy especially in churches.

It also prevented the media from discussing it, under the pretext of protecting the privacy of the victims and the sensitive reputation of the accused.

One of the reasons for such serious abuses in the Catholic Church, in particular, is the strict rules that do not allow priests to marry. However, no party thought of changing this matter despite the fact that the change within all Christian churches, without exception, affected many and dangerous matters.

Various pressures on the head of the Catholic Church resulted in a decision by Pope Francis in 2019, the most open and responsive Pope to change, to abolish the Roman Catholic Church’s policy of secrecy in sexual assault cases to ensure justice and redress for all victims of these heinous attacks, but this did not happen as required perhaps for fear of the repercussions of civil and criminal accountability on the entire hierarchy of the church, and the consequent prosecution of the perpetrators and the imposition of mandatory reporting on all clergy and officials who have knowledge of these violations.

Nor has the church moved aggressively to enforce zero-tolerance policies for child sexual abuse charges in all institutions under its supervision, and to ensure that it promptly rejects those found to have abused children.

Also, describing child sexual abuse as adultery is a grave legal and human error that reduces the criminal nature of the abuse inflicted on child victims as they are crimes of childhood sexual abuse.

The political authorities must therefore supplement the church’s reform efforts through public education and social services and in their role to protect children from such grave human rights abuses, and stopping the rest of the other criminal practices against them, such as selling and employing them in the professions of prostitution, and in the production of pornographic materials which is widespread in several European countries.

What I want to focus on here is that no party is immune from accountability. Therefore, all institutions, religious in particular, and to whichever faith they belong, must be subject to investigation and transparency. Their religious nature does not mean the assumption of their infallibility or their freedom from violations. 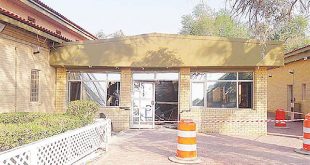 Saudi Arabia to have churches soon?