In the mid-sixties, my colleague at the bank told me that he told his relative to kidnap his neighbor’s puppy because it was barking most of the time and wanted to put an end to this inconvenience.

The kidnapping operation was successful and the puppy was released at the scrap market. The relative waited for a few minutes contemplating what would happen to that pet, with its fluffy and carefully combed white hair, its fragrant smell, its well-groomed nails and its royal tail that wagged all the time and must have cost the owners more than a month’s maid’s salary for the puppy’s care.

Within minutes, the scabby and hungry dogs were all over the puppy to know its identity and began sniffing the puppy all over and circling around as if they were seeing an animal from another planet. The relative felt a sudden wave of sympathy for the dark fate that awaited the poor puppy under the temperatures of up to 50 degrees Celsius. He began to wonder how the puppy would survive among the car wrecks and stray dogs which just half an hour ago was enjoying the air-conditioned inside of the home of its keeper and decent dog food, so he felt sorry and returned the puppy to its owner.

Years ago, the government decided to build a cultural center befitting Kuwait’s reputation and its well-known historical liberalism. The project cost a lot at that time, and the Amiri Diwan spent a lot on it and on those who supervised its construction.

That body also appointed a skilled local administration for the center, and assigned international companies to manage the technical aspects of the center and to bring in foreign artistic bands and within a short period the place became a source of radiation and a focal point of light in the sky of culture overshadowed by the clouds of extremism and radicalism.

Like the rest of the other activities, the center was affected by the Corona epidemic, so it stopped its activity completely but it is waiting for a political decision to return to its previous era especially since a majority of citizens and residents are in real need of entertainment due to the difficulty of travel for many of them and having to stay in the country for reasons that are long to explain.

Instead of a decision to return the Jaber Center to its previous era, a counter decision was issued to lay off all its employees, terminate all contracts for operating the center and attach it to the Ministry of Information which will often employ a small army to share its job cake and the reader has to imagine what the situation of the center will be in a few months.

The fate of such beautiful edifices, such as the Opera House and Al-Shaheed Park, which are currently managed with great success by ‘LOYAC’, and the Abdullah Al-Salem Museums must not be handed over to traditional flabby government agencies, such as the Public Authority for Agricultural Affairs, and Media Authority but rather it is necessary to maintain their independence to ensure their creativity and all we need is to listen to the concerned bodies.

Note: At the graduation ceremony, a group of police sergeants performed an impassioned tribal dance to celebrate their success. The symbolism of the dance is that it shows the belonging to the tribe, in violation of military principles that require discipline, loyalty to the homeland and leadership. It is obligatory to hold them accountable for their behavior.

Share
Previous Deportation on cards for long-term expat patients in hospitals
Next King of the jungle mentality, fox in power leads to inevitable collapse of the state of Waq-Waq 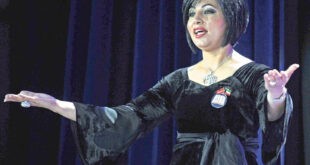 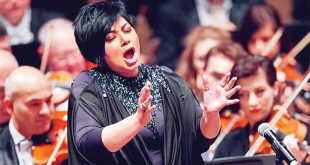 NEW YORK, Nov 15, (Agencies): Yes, that really is a stratospheric A above high C …