KUWAIT CITY, May 17: Chairman of the Board of Directors of Kuwait Travel and Tourism Agencies Association (KTTAA) Muhammad Al-Mutairi has urged the government to take effective and realistic measures, such as lifting restrictions on about two million vaccinated citizens and expatriates, reports Al-Rai daily.

He considers the decision to prevent even those who are fully vaccinated from traveling a missed opportunity, indicating the airport has been unable to make travel arrangements for about 1.2 million passengers every month and this caused enormous losses for the tourism, travel and aviation sectors.

He explained the above-mentioned figure is based on the number of passengers served by the airport  before the coronavirus crisis and passenger traffic census that reached 15.5 million in 2019. He pointed out that a large number of people are not benefiting from vaccination as they are not allowed to travel until now. He revealed the airport incurred losses of about KD 193 million per month from ticket sales only, excluding the losses of aircraft services, ground services and fees for arrivals and departures.

He said the Kuwait authorities are still hesitant in making decisions while avoiding the hands-on crisis management approach to ease restrictions for vaccinated people. He asserted that it is now time for the government to start providing facilities for vaccinated people and stop the corporate and State losses.

On the other hand, board member and head of the Media Committee at the association Hussein Al-Sulaiteen pointed out that with the increasing number of vaccinated people – almost two million, the health and civil aviation authorities are now obligated to raise the operational capacity of the airport to 75 percent, along with the provision of appropriate facilities for those who got two doses of the vaccine.

He said the goal of the vaccination campaign is to achieve herd immunity, which will soon reach 50 percent as the campaign inches towards the goal of two million vaccinated people. He added this percentage increases daily; so every time the State delays the provision of facilities for vaccinated travelers, it is regarded as a missed opportunity.  He noted there has been no adequate compensation for sectors that have been bleeding for more than a year and can no longer stay afloat.

He clarified that the call for allowing vaccinated individuals to travel does not mean neglecting public health as it is rather a way to boost the economy.

In his proposal, he stressed the need for implementation of procedures to allow fully vaccinated people to travel and canceling the PCR test requirement for them.

He also called for immediate setting up of travel bridges between Kuwait and other countries through streamlined procedures, such as preparing a list of those vaccinated outside the country for them to have access to certain facilities.

Reliable sources revealed about the return of Umrah trips and recreational tours in cooperative societies under tight controls set in place by the Ministry of Social Affairs and Community Development to ensure there are no future transgressions, says Al-Seyassah.

The sources said the Minister of Social Affairs and Community Development Dr. Mash’an Al-Otaibi will issue amendments to the decision No. 16/2016 on organizing the cooperative society sector. The most prominent of the amendments is the return of Umrah trips and recreational tours in the cooperative societies and the appointment of citizens in them.

They highlighted the consensus on amending the percentage of funds paid by the cooperative societies to the governorates to be less than five percent in force, indicating that the new rate will not exceed three percent. 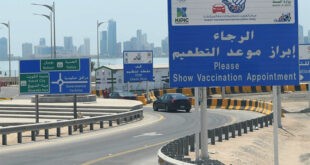 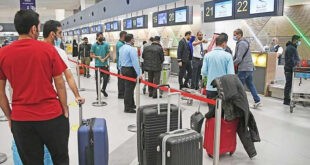 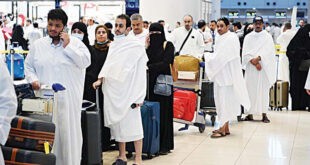 This post has been read 134667 times! KUWAIT CITY, July 5: The Deputy Director-General for …