STOCKHOLM (AP) – A Danish citizen allegedly involved in gang-related crime in southern Sweden, and killings and explosions in Spain, has been arrested in Dubai, a Swedish newspaper reported Friday.
Authorities in the United Arab Emirates confirmed the arrest of Amir Faten Mekky “who had has eluded security forces across Europe for years.” They said special forces raided Mekky’s place of residence on June 4 in an early morning “sting operation.”

The statement added that “preparations are underway to hand him over to the relevant authorities.” It was not clear whether he was to be extradited and to which country.
The Swedish daily Expressen said the suspect had “for long been rooted in Malmo” – Sweden’s third largest city – where he has appeared “in a handful of murder investigations over the past five years.”

Expressen did not name him, in line with Swedish practice, but said the 23-year-old had earlier been detained in Malmo, a city that has seen scores of suburban feuds between criminal gangs. He was considered a suspect there in a March 2017 killing but was never prosecuted and two years later, received some 210,000 kronor ($22,700) in damages.
Spanish police confirmed the arrest in Dubai of a Danish citizen of Iranian origin who was wanted in Spain.

The National Police said in a statement that he was wanted for alleged involvement in two killings in southern Spain in 2018, one of a drug-trafficker gunned down as he left a family party and the other of a man fatally shot in his luxury villa. His gang also allegedly detonated two explosive devices in the area.

Though the statement did not name Mekky, it said police believe the arrested man was the head of a drug-running gang based in Sweden. The suspect was “very hard to find,” Spanish police said. After some of his gang were arrest in Spain, he fled first to Morocco, then to the UAE.
He was finally found after a joint investigation between Spain and Sweden, with help from Interpol, Europol, Thailand, Dubai and Qatar.
It is also believed that Mekky was wounded in a 2018 shooting in the Swedish city of Malmo, when three men were killed as the were leaving an internet cafe. Malmo police were not immediately aware of the arrest by the Dubai authorities. 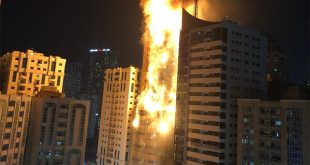 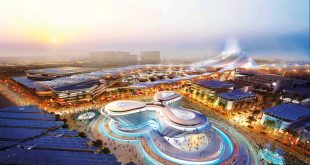 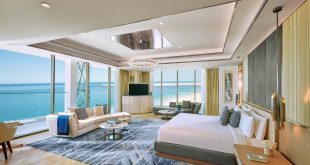 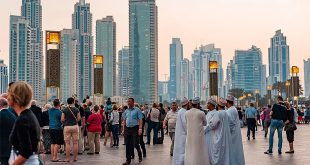 DUBAI: A British former newspaper editor in Dubai who was convicted of killing his wife …