KUWAIT CITY, Nov 29: The prices of return tickets to Kuwait have begun to gradually decrease from KD 200 due to the emergence of Omicron virus. Although the government has not intended to close the airport or the borders, the prices of air tickets arriving from Cario were 181 KD on Tuesday, by Wednesday it was 158 KD, 116 on Thursday, 107 on Friday and KD 97 on Saturday. Prices have almost come down to half the price in just 5 days. The sources say that the prices will continue to decline in coming days until the situation returns to normal in accordance with supply and demand rates not related to travel seasons.

The Chairman of the Board of Directors of the Federation of Tourism and Travel Offices, Muhammad Al-Mutairi stated that emergence of new mutant of coronavirus should not lead to closures as it has happened in the past. All countries of the world including Kuwait have enough experience of two years on how to deal with it , reports Al Anba.  Al-Mutairi called on all Kuwaiti citizens and expats  not to rush to amend travel dates or make new reservations earlier than the date of return so that the demand for travel does not increase during a specific period of time and unjustifiably which raises prices accordingly according to market factors of supply and demand.  All tourism and travel offices and airlines operating at Kuwait Airport are available around the clock to meet all the expectations of Kuwaiti citizens and expats with ease.

There has been new strategy and understanding in how to deal and precautions to be taken. The government has begun to pay attention to the economic conditions including air traffic movement which is needed for economic growth. Message of  Deputy Prime Minister and Minister of Defense Sheikh Hamad Jaber Al-Ali regarding keeping the airport and borders open is a message of reassurance and clear announcement from the government  in dealing with any corona crisis and action will be taken in accordance with the strategy of health and economy at the same time.

Share
Previous Egyptian found dead in a toilet of a pvt. clinic
Next Best 2021 laptop you can get today in Kuwait and why you should go for the HUAWEI MateBook 14s 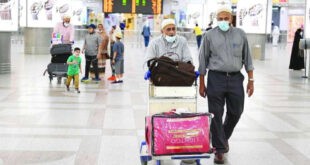 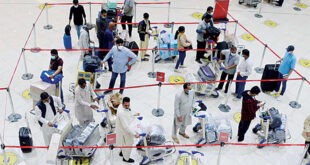