KUWAIT CITY, Nov 11: Oman’s naval ship Shabab Oman II docked at Shuwaikh port on Thursday, carrying 28 students from the GCC member countries and 16 sisterly and friendly countries. The vessel’s arrival in Kuwait is part of its academic journey of Gulf seaports, ending with participation in the Expo Dubai 2020, bringing with it Oman’s maritime history and present accomplishments.

On this occasion, Omani Ambassador to Kuwait Dr. Saleh Al-Kharousi said that the voyage bears lofty humanitarian goals and contents, and represents the beginning of the ship’s fifth international voyage within the framework of its GCC tour. Al-Kharusi stressed the depth of relations between the Sultanate of Oman and the State of Kuwait, expressing hope that the Shabab Oman II ship would achieve success on this voyage. Kuwait is the ship’s first stop of its cruise, which is the fifth since it was launched in 2014 as part of the fleet of the Royal Navy of Oman. Another Omani diplomat in Kuwait voiced thanks and appreciation to the State of Kuwait for facilitating and welcoming the arrival of Oman’s Navy ship in Kuwait. (KUNA) 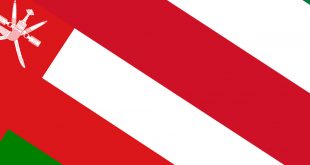 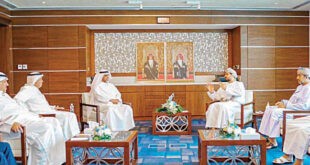 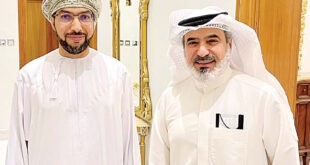