TRANSPARENCY is the utmost degree of democracy. Telling the truth prevents many problems. As for obstinacy and pushing towards gaining electoral votes from citizens at the expense of the future generations and the fate of the country, this is typical recklessness, in a bid to avoid describing such a trait as breach of trust and national responsibility.

Therefore, it is necessary for the members of the Parliament to leave behind the curtains of personal interest, and avoid bidding on the Minister of Finance Maryam Al-Aqeel, who raised the alarm about what Kuwait will face in the coming years, after declaring that the deficit expected in the budget of the 2020/2021 fiscal year is about KD 9 billion, 71 percent of which will be allocated for salaries and subsidies.

This is being said at a time when parliamentarians are continue to issue proposals for populist legislation, taking advantage of what is left of the legislative term to collect the largest percentage of votes, which is actually against the supreme interest of the country and the people.

The truth must be confronted. The welfare state ended irrevocably, and attachment to the delusions of the past, or the policy of “taking it easy” is no longer helping because it was, in fact, the reason for the state to carry more than it can bear.

Kuwait is not immune to the negative impacts of the current global economic and financial reality, and the crises facing the world. It could find itself in the midst of a big storm if it does not work from today on developing realistic plans to prevent a gradual collapse that will later transform within the next few years into a snowball that will not be stopped by parliamentary bickering, in light of the increase in the deficit.

The hollow statements countering Al-Aqeel’s realistic and rational words indicate ignorance of the simplest rules of parliamentary work, and the threat to grill her seems nothing more than a childish tantrum.

Now the questions that beg to be asked are – Is it required for her to lie to herself and the Kuwaitis in order to ensure a comfortable rest for the parliamentarians? Is it reasonable for the amount spent on subsidies for goods and food items to reach about $22 billion, which equals the budget of a country that has more population than the population of Kuwait? Are all of the 1.3 million Kuwaitis living in this country suffering from poverty in order for the state to subsidize food items, which most recently included fish? Isn’t this an oddity that no country in the world has ever seen?

Kuwait does not suffer from starvation. Even in the days of need, the state did not spent such huge amount for subsidizing food items, electricity, gasoline and other services. It is better to allocate this amount to productive projects.

What is required is to have the least national responsibility in approaching this fateful matter; in fact, if there is a sincere intention to transform Kuwait into a global financial and commercial hub, it is necessary to reflect on the words of the Minister of Finance, search for ways to stop this wastage, and prevent the aggravation of the deficit, instead of bickering. This is because, when the problem occurs, the parliamentarians will be the first to exclude themselves from such responsibility.

In fact, they will brandish their knives towards the government, that is, any government, in order to capitalize on the situation for the sake of the electoral gains. This means these people will venture with everything for the sake of their personal interest. This is the worst level that a country can reach.

All that the honorable MPs need to do is look around and see what some Arab countries have become due to corruption and mismanagement, so that they can be deterred from taking the same path. As for the honorable Minister Maryam Al-Aqeel, she should neither fear nor back down on the truth that she revealed, and she should not sugarcoat the situation. 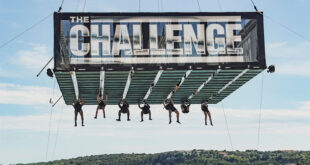 ‘Untold History’ digs into the rich legacy of ‘The Challenge’

Now the truth is out, the deep state has been exposed … Here is the evidence

‘You remain our hope’

Twisting the truth – A bridge too far

This post has been read 29428 times! If you want to know the truth about …