O patriots & associations, don’t leave us in the wild!

A deputy who notoriously threw shoes at his colleagues in Parliament, implicitly threatened the government to resort to his constitutional tools if it did not prevent some group from practicing yoga in the desert.

This deputy had previously led one of the most miserable interrogation experiences in the history of Parliament and he will not rest as long as someone responds to his requests.

For some time, the state has been slowly turning towards religious extremism and close-mindedness, in contrast to the prevailing trend in the region, which is heading towards openness and civility.

What is our fault for being deprived of innocent entertainment, and how things became led by those who excelled in hitting fellow representatives with shoes and slippers, and then claim to impose morals in society while they are the ones who do not hesitate to mediate for their relatives and members of their tribes, even if this is illegal? We have never heard about them or those who support them concerned over the state of education, administrative corruption, poor economic situation, and other calamities.

The forces of backwardness and religious parties have robbed us of our rights and freedoms in broad daylight, in front of the government, representatives of the people, and the so-called patriotic forces in the parliament and outside it, who have remained mum and neither they nor the associations of public interest, especially women moved and expressed their strong objection to official means or through the media, or expressed their objection to the destruction of the state of the constitution.

I do not know why they left the arena for these backward people to control us and our destiny. So where are the promises, positions and opinions of Muhalhal Al-Mudhaf, Hassan Jowhar, Abdullah Al-Mudhaf, Badr Al-Mullah and others?

Where are the women’s associations, which have no voice except in issues that they call national? As for the internal national issues, which affect our freedoms they are satisfied with the minimum protest, while they are more concerned with the issue of freedoms.

And if we have turned to the religious state in this miserable and sad way, and all this hostility to women and freedoms, then why not take the initiative and recognize the Taliban government, and become the first to establish diplomatic relations with it?

One of the manifestations of robbing our rights by the fundamentalist forces is the advertisements that covered the streets of Kuwait a few days ago bearing the image of a Kuwaiti boy who was said to have refrained from competing with his Israeli opponent in an international tennis match for professionals in Dubai. Advertisements, statements, tweets, and even Al-Qabas coverage turned the boy into a national hero.

It turned out later that the player had participated in a paid tennis tournament, and there were no international or professional matches, so how can someone under the age of fifteen be professional?

All participants in the tournament knew in advance that there was an Israeli player competing, so why participate from the beginning and record national positions next especially since the match schedules did not show any match between the Kuwaiti player and his Israeli opponent?

What is the party that financed the advertisements that filled Kuwait’s arena for nearly a week, and cost tens of thousands of dinars?

Why did the malicious campaign coincide with the visit of the President of Israel to the UAE, in contrast to the other announcement of the funny withdrawal of a Kuwaiti inventor from the “Expo” exhibition because an advertisement was published under the title ‘Let’s celebrate with Israel’? By the way, what did this girl invent?

Share
Previous Renewal of Residence for Bangladeshi expats without fingerprints
Next Your Highness, Deputy Amir … a government
that is ‘upside down’ will not be able to reform 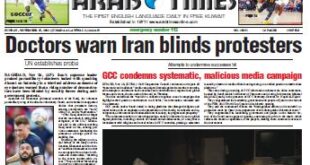 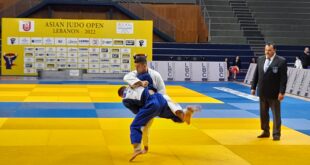 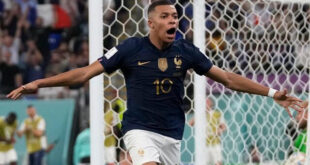 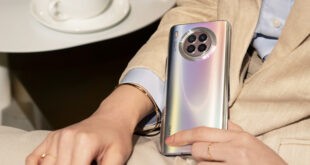