KUWAIT CITY, March 4: An amendment has been made by the Kuwaiti authorities to the Foreigners Residence Law according to which no residence visa stickers will be placed on the passports of expatriates, reports Al-Anba daily quoting Egyptian consulate in Kuwait.

The Consulate told the Egyptians in Kuwait that they will now be able to exit Kuwait using their civil IDs from March 10, provided they hold a valid passport and civil ID since all residency data is recorded in the civil IDs.

Earlier, the Arab Times quoting the Deputy Prime Minister and Minister of Interior Lt Gen Sheikh Khaled Al-Jarrah had said the Interior Ministry had issued a decision to cancel the residence permit stickers on the passports calling it part of an ongoing process to upgrade services in various government departments.

For his part Assistant Undersecretary for Residence Affairs Major-General Talal Marafie had said the data included in the residence stickers will be mentioned in the civil IDs. 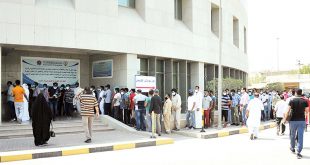