Phenomenon said clearly visible at gates of malls and co-ops

KUWAIT CITY, June 19: The Ministry of Interior has brought to the fore again the issue of motorists parking their vehicles designated for the elderly saying there is no specific legal text in the traffic law who violates this law, reports Al-Qabas daily. The Ministry of Interior stated, in a letter to Al-Qabas, in response to what was published in its issue on January 12, under the title ‘Occupying the parking places designated for the elderly people continues without deterrence’, said “in the event of any legal text in case of a violation of parking in places designated for the elderly, the General Traffic Department will implement it immediately, in accordance with the regulations and articles that will be stipulated by law.”

The letter signed by the Director General of Public Relations and Media, Brigadier Tawhid Al-Kandari, said very clearly that the lawlessness of parking vehicles in spaces designated for the elderly will continue, as long as the ministry remains idle and cannot deal with the aggressors – the phenomenon that is clearly visible at the gates of malls and cooperative societies although it is clearly identified that the parking spaces are for the elderly. Despite the consideration by the Health Committee in the National Assembly, the amendments to the articles of the “Elderly Care” law since July 2021 and the dialogue with several government agencies, led by Ministry of Social Affairs regarding the articles to be amended, nothing new has emerged so far regarding this.

Responsible sources at the Ministry of Social Affairs reviewed, amended and raised the articles of the law to conform to the current stage, and that the ministry held a series of meetings with members of the Parliamentary Health Committee, to discuss the proposed amendments and they expressed their cooperation and readiness to approve them. 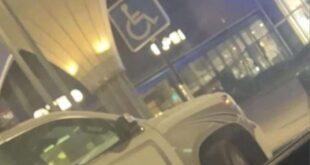 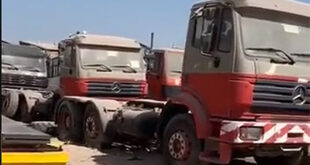 This post has been read 11422 times! KUWAIT CITY, July 18: The Assistant Undersecretary for …