No e-visa waiver service to UK on Eid

KUWAIT CITY, June 2: The British Embassy in Kuwait has announced that the Electronic Visa Waiver to UK (EVW) system will be suspended temporarily for 24 hours on the first day of Eid Al-Fitr, irrespective of whether it falls on June 4 or June 5, in order to update the services, reports Al-Rai daily.

It declared that the citizens will not be able to use this service during this period. On its website, the embassy said all Kuwaitis desiring to travel to UK should apply via EVW system at least 24 hours before the date of the travel, and that they should follow the steps and instructions which are either mentioned on the website of EVW or sent to them via email.

Share
Previous ‘Neglect of patients by their relatives puts pressure on services, health care’
Next Rats and rodents make life difficult in Ishbiliya 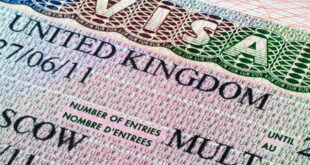 This post has been read 28922 times! Fishing licenses not being renewed: Al-Suwayan KUWAIT CITY, …