KUWAIT CITY, July 28: MP Osama Al- Shaheen has submitted a proposal for the government to form a crisis team, in coordination with the neighboring countries, in order to deal with the announcement of Iran that it intends to establish a new nuclear reactor with a capacity of 360 megawatt. He suggested that the team should assess the impact of the nuclear reactor on the environment and health in the region.

He quoted Kuwait Green Line Society as saying that the new nuclear reactor named, ‘Darkhovin’, is only 81 kilometers away from the Kuwaiti borders. He clarified that his proposal could not be considered interference in the internal affairs of other countries and it does not violate the good neighbor policy, as the aim is to ensure the safety of everyone in the region.

On the other hand, MPs Abdulkareem Al-Kandari and Muhammad Al-Huwaila urged the government to form an emergency committee to deal with heavy rainfall, which is expected to hit Kuwait after some neighboring countries experienced the same recently.

In addition, MP Muhammad Al-Mutair forwarded queries to Minister of Finance and State Minister for Financial and Economic Development Abdulwahab Al- Rashead about the Kuwait Investment Office in London. He asked if Kuwait Investment Authority (KIA) has had a meeting with the head of the office since his appointment in 2021, if the international law firm Quinn Emanuel conducted investigations, results of investigations if the answer is in the affirmative, if the head of the office has been proven innocent, if the profits of the office in 2021 are higher than in previous years, and profits and losses of the office in the last five years.

He inquired if the office hired a Greek. If yes, he wants to know name, qualification, salary, complaints against the employee if any, and if the employee has been suspected of involvement in financial anomalies. Lastly, Al-Ghanim sent a cable to President of the Peruvian Congress Maria del Carmen Alva Prieto to greet her on the National Day of Peru. By Saeed Mahmoud Saleh Arab Times Staff 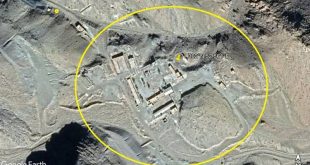