KUWAIT CITY, Nov 28: Representative of the Secretary General of the United Nations and Resident Coordinator in Kuwait Tariq Al-Sheikh affirmed that the existing laws in Kuwait and in many other countries on preventing violence against women do not need any amendment, as the problem lies in the application of laws; hence, the need to implement these laws properly, reports Al-Qabas daily. Al-Sheikh made the statement on the sidelines of the conference for launching the ‘Young Ambassadors’ initiative as part of the 16 days of activities aimed at combating violence against women and children at the United Nations House.

Representative of the sponsor of the initiative Abdulaziz Saud Al-Jarallah, Foreign Affairs Minister Sheikh Salem Al-Abdullah, ambassadors of various countries, representatives of educational institutions, and 33 students in private and public schools attended the event. According to Al-Sheikh, the proper implementation of laws entails preventing violence against women. He stressed the need for specialized local institutions to be efficient in this aspect; as well as conducting studies to address legal loopholes to ensure that the whole society is protected from all forms of violence.

Highlighted
He also highlighted the positive developments in terms of human rights in Kuwait compared to last year, confirming that “the Kuwaiti government is very responsive to what has been agreed upon in the field of human rights. It is keen on cooperating with others to achieve the goal.” He pointed out that “some governments do not respond to recommendations, but issues are addressed through dialogue and consultations between all parties and the use of international experience.” He also praised the importance that Kuwait gives to youths and children while ensuring equality between them, asserting this is manifested in the foreign affairs minister’s generous sponsorship of the initiative. On the other hand, British Ambassador to Kuwait Belinda Lewis said “ideas and perceptions that are formed in people’s minds about women and girls could be related to gender-based violence, as women and girls are seen as weaker, less capable, not courageous, lacking in leadership capabilities and contribute less to society.” She then emphasized the need to realize that “we are all equal; regardless of gender, age, nationality and wealth.” Canadian Ambassador Alia Mwani stated that “diplomacy could be a powerful tool for bringing about change through ideas, relationships, infl uence and respect for diversity. When everyone participates in society on an equal footing, societies become more prosperous and safer. Some people around the world still live on the margins and the world does not benefit from their ideas, creativity and contributions as it should.” 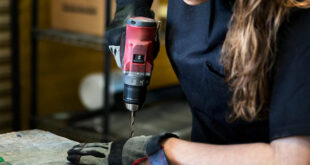 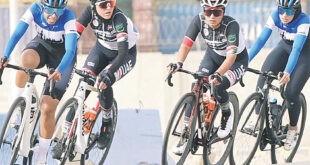 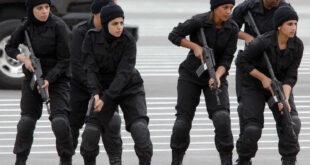 This post has been read 6250 times! 585 officers in Interior Ministry KUWAIT CITY, July …