KUWAIT CITY, Jan 13: The proposal submitted by MP Khaled Al-Otaibi regarding exception of Gulf and Bedoun wives of Kuwaiti men is likely to be approved for inclusion in the new law on naturalization of Kuwaiti wives.

It stipulates extending the period for obtaining citizenship from 5 to 18 years, referring to the wives from these two groups as becoming part of the social fabric and enjoying Kuwaiti customs and traditions, reports Al-Rai daily.

The issue of naturalizing the wives of Kuwaitis has returned to the forefront of the parliamentary scene. The new government project, which extended the period of citizenship of a Kuwaiti citizen’s wife from 5 to 18 years from the date of marriage, takes seriousness and approval.

It was scheduled to be discussed on Sunday by the Parliament’s Interior and Defense Committee in the presence of the Minister of Interior Anas Al-Saleh.

This was before an announcement was released to declare that government departments would be suspended for three days in mourning over the passing away of the Sultan of Oman Qaboos bin Said (May God have mercy on him).

This is especially necessary since the previous session witnessed a parliamentary protest against the rising number of naturalized women. The draft law referred to the Parliament by the Council of Ministers provides for the amendment of article 8 of the Amiri decree No. 15/1959 in the matter of the nationality law in terms of granting Kuwaiti citizenship to the wife of a Kuwaiti citizen after 18 years of marriage.

Previously, having a Kuwaiti husband did not mean that an expatriate woman could become Kuwaiti, unless she declares her desire to earn the nationality. The marital status should also continue for a period of five years from the date of announcing her desire.

Minister of Interior, before granting her a citizenship certificate, may decide to deprive her of Kuwaiti nationality in a manner that is dependent on her husband. He may also declare exceptions from the time condition if the marital termination was before the expiry of the aforementioned period of marriage due to death or divorce.

It also depends on if the expatriate woman had one or more sons of her Kuwaiti husband and maintained her stay in Kuwait until the expiry of this period. She may be granted Kuwaiti nationality by decree upon the presentation of the Minister of Interior. However, the Council of Ministers finally agreed to amend that article.

Among the items to be discussed at the meeting, which is supposed to be held later in the week, is the granting of Kuwaiti nationality to a child of a Kuwaiti mother immediately after he reaches the age of maturity without requiring the death of his father or divorce of their parents.

It was a proposal submitted by a number of lawmakers with the aim of reducing the suffering of Kuwaiti women married to non-Kuwaiti men. The suffering is evident when their children enroll in schools and universities, as well as seek health care and search for jobs.

The Legislative Committee approved the proposal before referring it to the Interior and Defense Committee. In the same context, the proposal to issue special passports for the family of Kuwaiti women (husband and children) working abroad, and equate them with men working abroad and whose families receive special passports will be discussed, provided that they are Kuwaitis. The proposal was sent from the Legislative Committee with approval.

The committee will also discuss during the meeting the proposal to unify Kuwaiti nationality for every person who obtains Kuwaiti nationality in the original capacity by virtue of their father in accordance with the paragraph 2 of article 7 of the Amiri decree No. 10/1959, such that the newly naturalized Kuwaiti has the right to obtain all the privileges obtained by a citizen who preceded him in obtaining the nationality. 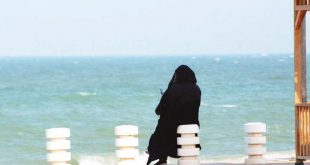