KUWAIT CITY, Aug 12: Head of the Building Violations Committee, Advisor Amsha Al-Waalan, affirmed that Kuwait Municipality in amendment to the previous municipality Law 5/2005 sought to put in place decisive legal texts to govern control of the phenomenon of building violations and limit them through issuing deterrent measures against those violating building regulations, especially as entering private residences to control violations needs special permission from the Public Prosecution, given that the constitution guarantees the sanctity of housing, reports Al-Anba daily.

Al-Waalan in a statement said the current municipality Law 33/2016 was issued with legal texts that do not allow the municipality to cut off electrical power to the violating property except a final warning is issued with enforceable judgment, and this matter may take several years in the courts until the final ruling is issued. In light of the provisions of the current municipality law, building violation is sacrosanct, and during that period, the municipality cannot remove or address it except to make a report of the violation that ultimately reaches the judiciary, she said.

Decisions
This is in addition to decisions to stop the violating works issued by Director General of the Municipality or whoever is authorized by law. It does not have immediate executive power and the Ministry of Interior cannot implement it in the absence of a binding legislative text.

She pointed out that “in light of the current situation of the law, the executive body has taken another direction until the desired amendment to municipality law is fulfilled with the establishment of a specialized committee of legal and technical engineers to follow up on the building violations and take necessary measures to reduce the phenomenon, in accordance with laws, rules and regulations currently in force.

She noted the Building Violations Follow-up Committee, based on the mandate issued by Director General of the Municipality Engineer Ahmed Al-Manfouhi counted and followed up all reports issued against the building violations until they reached the Public Prosecution and the judiciary, following up on measures taken regarding abuses in all types of housing.

Explained
She explained the formed committee has started its work in following up these records, especially those related to violations of the fourth floor in private residences. She confirmed taking all necessary measures in this regard but the situation takes several years with the judiciary, so the municipality can remove it according to its laws. She pointed out that the electronic link between the Municipality and the Criminal Prosecution Office periodically provides the municipality with the final ruling to block the transactions of violators.

She stated these measures bore fruits, as the last period has been witness to cases of forcible removal of some building violations issued by final judgments, which amount to 10 removals in various types of housing. The committee has coordinated with the General Department Sentences Enforcement to implement removals, and the removals will be implemented in famous buildings very soon.

Share
Previous Kuwaiti arrested for assaulting a woman and a policeman
Next Labor rights are not subject to arbitration clause, says court – Worker’s case dismissed 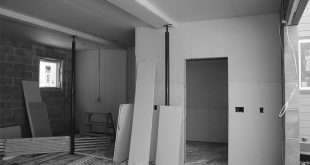