KUWAIT CITY, Jan 29: Several lawmakers slammed the proposed taxes on remittances of expatriates, reports Arab Times daily. While asserting that the proposal is “nonsensical”, the lawmakers warned that it will negatively affect not only the expatriates but Kuwaitis as well — up to the extent of intensifying feelings of hatred in the community.

According to the lawmakers whose names were not mentioned in the report, they understand the signifi cance of discussing the rising number of expatriates in Kuwait and its negative effects on the country’s population structure. “However, we will not tolerate attempts to make life harder and more economically challenging for expatriates who have been legally recruited nor do we accept threatening them every now and then with deportation,” the lawmakers asserted.

The lawmakers clarified that marginal expatriate laborers and those without visas are a totally different issue, indicating these expatriates should be deported and all those who made their entry to Kuwait possible must be held liable.

Commenting on the issue, MP Mohammad Al-Hayef argued that imposing taxes on remittances of expatriates is a violation of Islamic principles. “In Islam, people who make money should contribute 2.5 percent of their income to the community under the pillar of Zakat. Nevertheless, Zakat is an annual obligation while remittance is usually made on a monthly basis so imposing taxes on the latter is unacceptable from a religious perspective. At the same time, we have to take into consideration that it is unfair to impose taxes on the remittances of people who leave their country and live away from their family to earn a living. We must be careful because by imposing such taxes, we might be opening a window for money smuggling,” the daily quoted Al-Hayef as saying.

On the other hand, MP Safa Al- Hashem had earlier called for increasing taxes on expatriate workers. The Parliament will discuss the growing expatriate population in a special session slated for Thursday.

This session is expected to be stormy due to lawmakers’ disagreements over the issue, especially since a lawmaker previously referred to expatriates as ‘settlers’ — a term reserved in Kuwait for Israelis residing in Palestinian territories.

In other news, MP Faisal Al-Kandari has called on Health Minister Dr Jamal Al-Kandari to quickly address the expatriates’ health insurance problem after terminating the contract with the previous insurance company, indicating employers are suffering due to the large crowd in insurance centers.

He urged the concerned ministry officials to visit the insurance centers to personally see the magnitude of the problem and find ways to finalize pending transactions which have been piling up before signing a contract with an alternative company.

He pointed out that procedures have been delayed because of the absence of an insurance company in charge of processing transactions. He then stressed the need for the Ministry of Health to take the necessary action like signing a contract with an alternative insurance company.

Meanwhile, the parliamentary Financial and Economic Affairs Committee on Sunday discussed a bill prohibiting charging interest on loans obtained from the Public Authority for Social Security (PASS). Committee Rapporteur MP Safa Al- Hashim said the authority continues to charge interest on loans although its purpose is to ensure social solidarity and stability for retirees.

She argued PASS is not an investment bank, accusing the authority of engaging in ambiguous and questionable ‘business’ with retirees considering a retiree who receives a loan amounting to KD 19,000 is required to pay KD 31,000. She stressed there is no justification for PASS to charge exorbitant interest on loans, especially since there has been a legal advisory forbidding it from charging interest. She added that when they reviewed the authority’s regulations, they did not find any stipulation on charging interest. She disclosed the committee has asked PASS officials to present the second technical report showing re-computation of loan payments.

■ Disconnection of water or electricity lines in private houses should not be done unless a court verdict in this regard is issued.

■ Amend the Citizenship Law in order to allow Kuwaiti women to pass on their citizenship to their children, just like their male counterparts.

Al-Dallal added the committee approved the request of the Public Prosecution to lift the immunity of MP Ahmed Al-Fadel after hearing the latter’s opinion on the request. However, the committee postponed talks on the request to lift the immunity of MPs Waleed Al-Tabtabaei and Jaman Al-Harbash in relation to the Parliament building storming case. Al-Dallal also unveiled the committee’s plan to hold two meetings to discuss draft laws on the Electoral Commission, handicapped affairs, pre-trial detention and appointment of public officials.

Situation worsens in health insurance crisis
For the 10th day consecutive day since the termination of the health insurance contract with Public Services Company, the crisis continues with the queue in insurance centers getting longer and the situation has turned from worse to worst, reports Al-Seyassah daily.

The company is allegedly taking advantage of the situation to put pressure on the Ministry of Health to regret its decision to terminate the contract but informed health sector sources stressed that Minister of Health Dr Jamal Al-Harbi will not regret his decision.

Sources presented some suggestions to address the problem such as temporary de-linking of health assurance from residency-related procedures until the problem is resolved, issuing stamps for the corresponding medical insurance fee and distribution of these stamps in designated areas.

On the legal aspect of the issue, sources pointed out the ministry has the right to sue the concerned company for committing violations. People who were in line at Al-Jabriya Health Insurance Center talked about their dilemma as they have been visiting the center in the morning and afternoon daily for one week now but their transactions have yet to be completed.

Others accused the employees of closing the doors during regular hours and opening doors after these hours. One of the visitors revealed his residency permit has expired and it has not been renewed although he is at the center every day. It has been reported that the worsening situation in the center resulted in wrangles between visitors and employees, up to the point of calling police to handle the situa 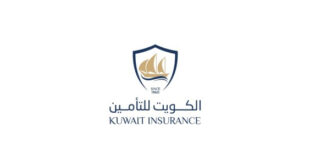 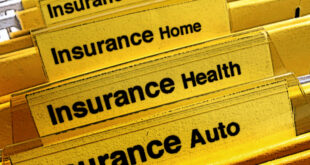 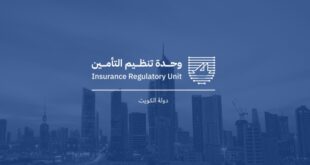