He wants to know why TEC did not fl oat a tender for this purpose and opted for signing a contract with a certain company; and if the CEO of the company received a salary of KD 12,000 in addition to KD 92,000 annual bonus. MP Abdullah Al-Mudaf asked Minister of Oil and Higher Education Dr Muhammad Al-Fares about the strategy of Kuwait National Petroleum Corporation (KNPC) in recruiting Kuwaiti workers through the contractors. He demanded for a copy of the executive decree on the decision of KNPC’s Board of Directors in this regard. He also inquired about the strategy of KNPC in organizing training courses for nationals to be qualified to work in oil companies, and the expected number of qualified nationals who will work in oil companies in the next five years. MP Badr Al-Humaidi forwarded queries to Minister of Finance and Minister of State for Economic and Investment Affairs Khalifa Hamada about the vision of the ministry in addressing the budget deficit. He wants to know the reasons behind the decline of Kuwait in Moody’s and Standard & Poor’s ratings and ways to address the issue.

MP Abdulaziz Al- Saqaabi asked the minister of oil and higher education to submit a report on the average daily oil production over the last 10 fiscal years — from 2011/2012 to 2021/2022. He wants to know the role of Kuwait in making sure that the members of the Organization of Oil Exporting Countries (OPEC) are committed decisions on the reduction of oil production, in addition to the strategy of the Environment Public Authority (EPA) in dealing with the used tyres issue and if it latter intends to recycle these tyres. He asked the finance minister why the Supreme Council for Planning and Development delayed the presentation of the third development plan, and if it is true that the council sought the help of individuals and companies in preparing a report on the human resources of the country.

If yes, he requested for copies of the contracts with these companies and individuals; including the value of each contract. He wants to know if the council signed agreements with the World Bank in the last five years. If yes, he demanded for copies of these agreements. He asked the interior minister about the plan to address the traffic problem, number of vehicles registered under the names of Kuwaitis and expatriates since 2006 till date, and number of driving licenses issued to citizens and expatriates within the same period. By Saeed Mahmoud Saleh Arab Times Staff 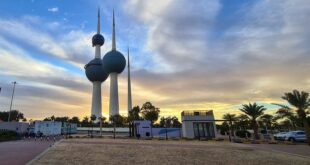 This post has been read 18743 times! Institutional roadblocks present risks DUBAI, July 17: On …