KUWAIT CITY, Nov 25: MPs Abdulkareem Al-Kandari and Shuaib Al-Muwaizri criticized the military exercise held recently in the Assembly building. Al-Kandari said the presence of military equipment and holding military drill inside the Assembly building are unacceptable, considering the iconic image of the legislature. He stressed the need to stop the distortion of the legislative institution, especially after instructing the security guards to control the hall.

Al-Muwaizri argued such a drill is not enough to justify the existence of military forces inside the house of the people. He pointed out that the officers and civilians cannot be blamed as they are just following orders. He said this is a violation of the Constitution and does not take into consideration the people, while hinting on what might happen in the coming period. National Assembly Speaker Marzouq Al-Ghanim and his accompanying delegation on Thursday met Spanish Parliament Speaker Meritxell Batet a day before the 143rd Inter-Parliamentary Union (IPU) Assembly in Madrid, Spain on Nov 26-30. They discussed ways to strengthen bilateral relations between the two friendly countries, as well as cooperation between Kuwait’s National Assembly and the Cortes Generales. They also tackled common regional and international issues; in addition to exchanging views on the items in the agenda of the 143rd IPU Assembly.

Secretary General of IPU MP Hamad Al-Matar, Treasurer MP Salman Al-Azmi, member MP Osama Al-Menawer and Kuwaiti Ambassador to Spain Eyada Al-Saeedi attended the meeting. Also, Al-Ghanim sent a cable to Parliament Speaker of Suriname Marinus Bee to greet him on his country’s National Day. He also sent condolences to his Russian counterparts — Chairman of the State Duma Vyacheslav Volodin and Chairman of the Federation Council Valentina Matviyenko — for the victims of the recent fire incident in a mine in Siberia.

Meanwhile, Chairman of the parliamentary Public Funds Protection Committee MP Abdullah Al-Turaiji revealed the committee found out during its meeting on Thursday that Kuwait Public Transport Company (KPTC) continues to incur losses because of its bad administration and lack of decisions to protect public funds. The lawmaker pointed out that the committee looked into the report of the State Audit Bureau (SAB) about the investment of KPTC from Jan 1 to June 30, 2021, which did not mention any achievement in this regard. He said the recorded losses reached KD 29 million. He added that KPTC signed contracts with consultants in the last fiscal year valued at KD 81 million in spite of the major losses. He said the violations included allocating bonus for the members of the board of directors at KPTC amounting to KD 30,000, in addition to the allowance for attending the meetings of committees. Lastly, MP Marzouq Al-Khalifa submitted a proposal to establish a branch of the Boulevard in Jahra. 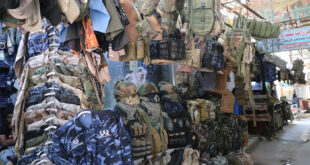 Kuwait & US in joint exercises to counter foreign terror threat

This post has been read 8846 times! KUWAIT CITY, Aug 9: General Department of Public …