KUWAIT CITY, June 8: Official government data says the movement of exports and imports of goods in Kuwait rebounded in 2021 to overcome the repercussions of the corona virus pandemic, as it exported and imported goods worth 28.66 billion dinars during 2021, an increase of about 38%, with a value of 7.9 billion dinars, over 2020, reports Al-Anba daily. 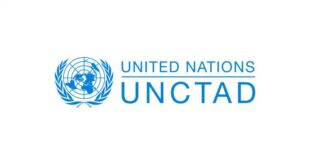 This post has been read 5470 times! KUWAIT CITY, Dec 2: Ministry of Commerce and …