KUWAIT CITY, Jul 11: Chairman of the Board of Directors of Abu Halifa Cooperative Society Mansour Al- Baddah confirmed that the cooperative sterilized all the mosques in the area in preparation for their opening to worshippers.

Al-Baddah assured the daily that the cooperative took charge of the thorough sterilization of eight mosques in line with the precautionary health measures and as part of its social responsibilities.

He said the following mosques have been sterilized: Abdullah bin Jabir Ismail – Peace be Upon Him, Moudi Abdullah Al- Ghanim and her Husband, Mubarak Saad Al-Jari, Abu Halifa Al-Kabir, Righteousness of Parents, The Companions, Al-Taabei and Tawoos Al-Yamani.

He called on the residents in the area to strictly comply with precautionary health measures in the event of opening the mosques; such as wearing personal protective equipment (PPE), using a special prayer mat and social distancing.(Al Rai) 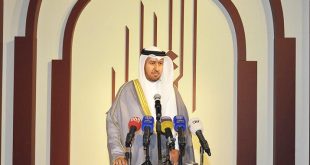