According to the daily the arrest came after the husband called the Operations Room of the Ministry of Interior.

The wife allegedly wanted to put an end to the differences with her husband so she beat him and ran after him with a kitchen knife forcing the man to enter the bedroom and lock himself in. The incident happened in Hawalli. 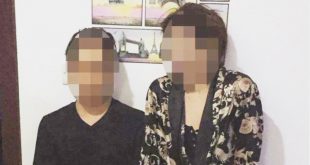