KUWAIT CITY, Dec 20: The Director of the Center for Promoting Moderation, Dr Abdullah Al-Shareka, said the money ‘earned’ from the sale of votes during the elections is forbidden malicious money and a curse and the person who sells his conscience (vote) deserved divine punishment in this world and the hereafter and called on everyone to get rid of such habits. He also said who holds on to this money to spend it on charity.

Dr Al-Shareka on his Twitter account said, God Almighty calls on such people to repent this act and to turn away from such practices. He pointed out using this forbidden money in charity causes is not considered charity, but if it is given to any charity organization, the Zakat House, or some needy poor as a way of disposing of the forbidden money, but not as charity. On the other hand, the tweeters interacted with the tweet and some considered it appropriate and others who preferred to return it to the owner, and those who asked whether the sin is on the one who took the money only or on the one who gave the money and promoted it. 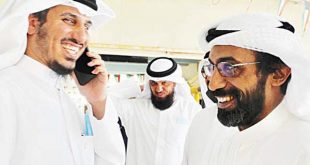