MoI pledges to step up efforts against human trafficking, forms many teams

KUWAIT CITY, July 31, (KUNA): The Interior Ministry underlined its commitment to combating the crime of human trafficking and has set up various departments solely for that goal.

The remarks were made in a speech delivered by the Director of Public Investigations Major General Fahad Al-Dosari at the launching ceremony of an awareness campaign on the issue.

The ceremony is organized jointly by the International Organization for Migration (IOM) under the auspices of the Deputy Prime Minister and Minister of Interior Lieutenant Gen Sheikh Khaled Al-Jarrah Al-Sabah in the presence of the Representative of the Secretary-General and United Nations Resident Coordinator Dr Tareq Al-Sheikh, and head of the UN migration mission in Kuwait, Eman Erekat.

Al-Dosari added the ministry is also keen to preserve human rights and dignity in Kuwait, praising the continuous cooperation between the Ministry, the International Organization for Migration, the United Nations and embassies accredited to the country to combat human trafficking.

The official noted that Kuwait’s achievement in this field constitutes an international recognition in its sincere desire to combat such crime and reflects the real efforts to take all necessary measures to put international laws and conventions into practice. He pointed out that the lifting of Kuwait place in the annual report of the US State Department to “the second degree” comes as a culmination of efforts exerted by all concerned parties to combat this humanitarian crime, which is contrary to the teachings of the Islamic religion and international and treaties.

Al-Dosari said the report by the US State Department is also a positive indicator of the views of the committees that carry out human trafficking cases whether they are pre-emptively disclosed, received or followed up. Kuwait had also contributed to the enactment of a law on domestic labor and the establishment of its own administration to deal with complaints submitted by workers, which aims at preserving their rights, Al-Dosari noted. 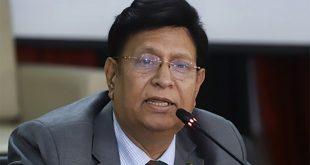