KUWAIT, June 4: Kuwait Ministry of Health said Thursday swabs taken through the Polymerase Chain Reaction (PRC) tests have not stopped and were conducted as planned by MoH.

The MoH was reacting to media and social media reports it was halting PCR tests except for coronavirus patients, and affirmed the tests were conducted on suspected cases and on people who might have come into close contact with infected persons.

The ministry, in a statement, warned against statements made by persons who were “not scientifically qualified to talk about pandemics and how to deal with them.”

It said it was monitoring cases and testing people in line with regulations of the World Health Organization (WHO) and international medical institutions.

The PCR tests are conducted in two paths, the first is testing people showing symptoms to make sure whether symptoms were caused by Covid-19 or not. “These cases are tested in emergency wards in hospitals,” said the ministry.
The second path, it added, was testing people who might have come into close contact with infected persons. “This test is for persons without symptoms but they were in touch with infected persons so it is possible they become infected,” it said.

The ministry said transmission of disease is likely in hospitals, so they could not have large amounts of people with no symptoms coming to hospitals for PCR test.

“This will likely subject them to contracting the disease because they are in the hospital,” it said, so those people would take another path managed by the Public Health Department and away from hospitals.(KUNA) 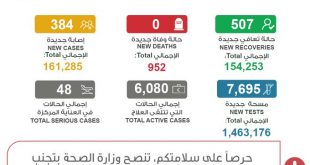 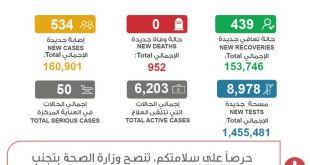 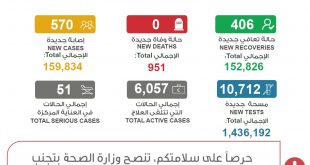 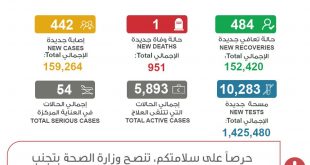 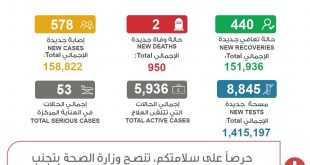