Inspectors monitor over 20 violations in pharmacies

KUWAIT CITY, Aug 18: As part of its work and tasks entrusted to it to inspect medicines and monitor related violations, the Drug Inspection Department at the Ministry of Health carried out a surprise campaign on a number of private warehouses in Salmiya and other areas, containing medicines and medical supplies, in cooperation with the Kuwait Municipality and the Public Relations and Media Department of the Directorate-General of Fire Department (DGFD), reports Al-Qabas daily. The Ministry of Health stated that the campaign team monitored serious violations, including the seizure of a warehouse of 500 square meters in a residential building that was not licensed by any government agency, and did not meet the conditions for storing medicines, as it was found from the initial inspection of its contents of medicines and medical supplies had expiry dates, or damage due to wrongful storage and lack of airconditioning.

The Ministry of Health stated that the team also went to another warehouse in the same area, and it turned out that it was not licensed, stressing that the drug inspection teams will continue their efforts according to well-thoughtout plans and programs from the administration’s departments, through sudden and secret campaigns, on all places where medicines are stored in all governorates of the country.

Violations
The Ministry of Health announced that the necessary legal measures were taken regarding the violations that were monitored, and the two warehouses were closed with the help of the Kuwait Municipality, based on instructions issued by Minister of Health, Dr. Khaled Al- Saeed, and the Undersecretary of the Ministry, Dr. Mustafa Reda. Meanwhile, health sources confirmed that 5 teams of pharmacists inspectors affiliated with the administration were able to monitor many grave violations in more than 20 pharmacies in separate areas of the Ahmadi Governorate.

The sources told the daily all violations will be referred to the competent authorities to take the necessary legal measures, indicating that the campaign is a continuation of the daily inspection of private pharmacies in various governorates, to reduce the violations observed in the private medical sector. The sources confirmed that the Medicines Inspection Department in all its departments plays its oversight role to the fullest extent, without submitting to pressure or interference from any external party, and imposes strict control on both private and government pharmacies, in order to ensure the safety and health of citizens and residents.

The most prominent violations in pharmacies in the private sector include pharmacies run by workers and accountants, mismatch of the business with the title of the business license, dispensing medicines without prescriptions, not to ask about the civil number of the drug applicant, poor storage of medicines and medical supplies, lack of hygiene and violation of the standards of its requirements and violations related to exceeding standards of preservation and storage.

The sources warned against using or taking any medicine or medical preparation without a prescription or recommendation by the health center, hospital, or doctor supervising the patient’s condition. The sources indicated that the Medicines Inspection Department has succeeded in reducing the number of counterfeit, smuggled and prohibited medicines, compared to previous years, but this does not mean stopping the entry of these medicines and preparations into the country. 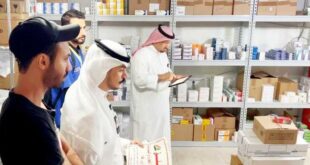 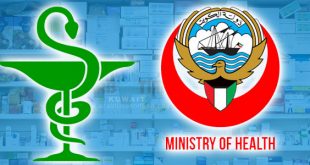 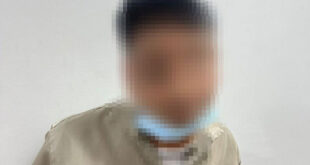 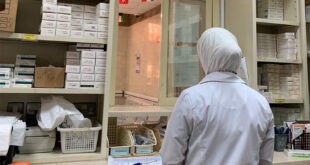 This post has been read 9083 times! Sudden inventory in pharmacies one of measures KUWAIT …